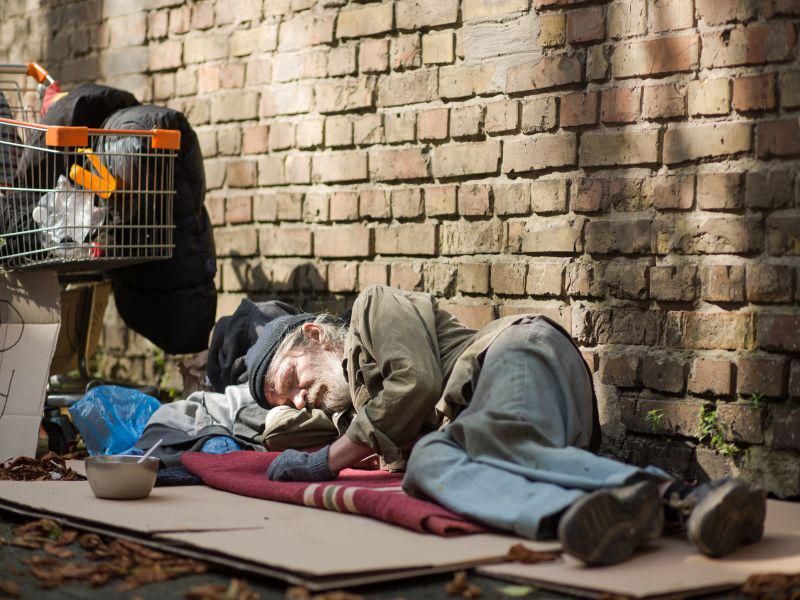 Last year, the United States had 580,000 homeless people -- 28% of them in California, where seven in 10 live outdoors. That's nearly nine times more than in any other state.

"The same weather that makes living unsheltered possible in California also exposes people experiencing homelessness to a higher risk of a wide range of heat-induced health conditions that can result in end-organ damage and even death," said Tarik Benmarhnia. He is an associate professor at the University of California, San Diego (UCSD), and senior author of a new study of homelessness and emergency department visits.

"People that experience homelessness are considered to be among the most vulnerable to extreme weather impacts, due to their exposure to the elements and high rates of preexisting health conditions such as mental illness, as well as higher rates of smoking, drug and alcohol use," Benmarhnia added in a university news release.

For the new study, his team analyzed emergency department data from two hospitals in San Diego -- which has the nation's fifth-largest homeless population -- along with temperature data for the city.

The study focused on the warm season -- May to September. During those months, homeless people visited ERs 1.29 times more during the most extreme two-day heat waves studied. Visits increased during longer heat waves with more extreme temperatures, according to findings published online Dec. 22 in the American Journal of Public Health.

The researchers reported that having a mental illness tripled a homeless person's risk of heat-related illness, perhaps because these folks are less able to recognize symptoms of heat exposure, seek a cool space and rehydrate.

According to study co-author Edward Castillo, "Activating heat action plans to protect persons experiencing homelessness from heat waves is not only justified, it is necessary." Castillo is a professor of emergency medicine at UCSD.

"Adapting interventions to specific subgroups can effectively decrease the burden on both patients and health care systems from this increasingly prevalent exposure," Castillo added.

"As the threat of increasingly frequent and intense heat waves continues to rise in the United States, particularly in California, understanding and prioritizing the needs of this rapidly growing vulnerable population will be a critical action in developing and deploying effective adaptation strategies such as heat action plans to attenuate this burden," said study first author Lara Schwarz, a doctoral student in public health.