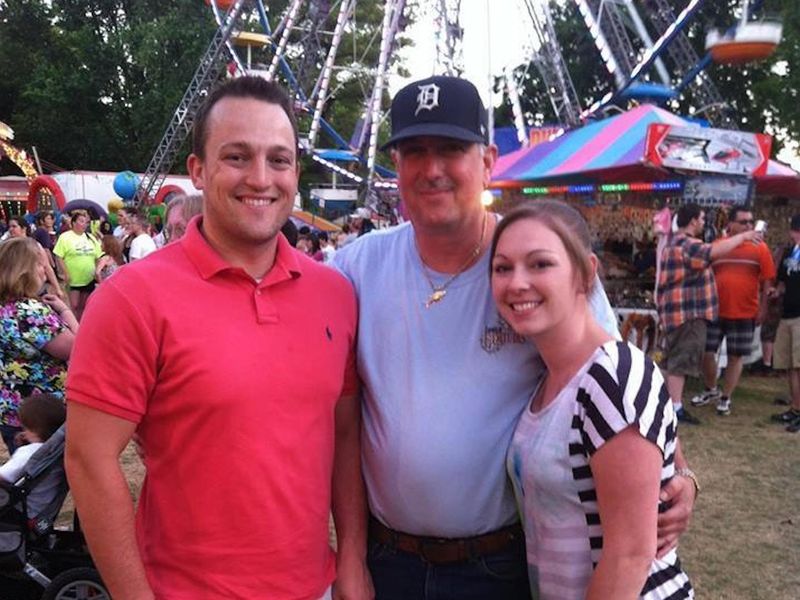 The first person to receive a pig heart transplant in a groundbreaking procedure performed at the University of Maryland Medical Center in January has died, hospital officials said Wednesday.

David Bennett, a 57-year-old Marylander, suffered from severe heart disease and had agreed to receive the experimental pig's heart after he was rejected from several waiting lists to receive a human heart. He died Tuesday.

Whether his body had rejected the foreign organ was unclear. "There was no obvious cause identified at the time of his death," a hospital spokeswoman told the New York Times, adding that Bennett's physicians had yet to conduct a thorough examination and plan to publish their findings in a peer-reviewed medical journal.

Dr. Bartley Griffith, the surgeon who performed the transplant, said in a statement that the hospital staff was "devastated" by Bennett's death.

"He proved to be a brave and noble patient who fought all the way to the end," Griffith said. "Mr. Bennett became known by millions of people around the world for his courage and steadfast will to live."

Bennett's transplant is still considered a significant step forward, because the pig heart was not immediately rejected and continued to function for well over a month, passing a critical milestone for transplant patients, the Times reported.

It was just two months ago when Griffith's team performed the medical feat, known as xenotransplantation.

"This was a breakthrough surgery and brings us one step closer to solving the organ shortage crisis. There are simply not enough donor human hearts available to meet the long list of potential recipients," Griffith said at the time. Griffith is professor of transplant surgery and directs the Cardiac Transplant Program at the University of Maryland Medical Center.

"We are proceeding cautiously, but we are also optimistic that this first-in-the-world surgery will provide an important new option for patients in the future," he said.

After the medical feat was announced, heart health experts applauded the news.

"This medical breakthrough may help health care professionals solve the organ shortage crisis that leaves thousands each year without lifesaving heart transplants," the American Heart Association said in a statement. "About 20% of patients on the heart transplant waiting list die while waiting to receive a transplant or become too sick to be good candidates for the complex transplant procedure."

In 2019, the United States recorded the highest number of heart transplants, with 3,552 transplantations performed, the AHA noted.

Bennett was being monitored closely after his procedure. Before the surgery, he was connected to a heart-lung bypass machine to stay alive, but he had been deemed ineligible for an artificial heart pump due to a dangerous heart arrhythmia.

"It was either die or do this transplant. I want to live. I know it's a shot in the dark, but it's my last choice," Bennett said in a medical center news release before the operation. "I look forward to getting out of bed after I recover."

Xenotransplantation could save many who are waiting for new hearts, but it carries risks that include the possibility of a deadly immune reaction to the implanted organ, doctors say. Still, pig heart valves have already been used to replace heart valves in humans for years.

In November, surgeons at NYU Langone Health transplanted a kidney from a genetically modified pig into the body of a person who had died but was on life support. They performed the same procedure in September, and last month said both procedures had been successful.

As for the pig transplant surgery, the U.S. Food and Drug Administration gave emergency approval on New Year's Eve for the novel procedure through its compassionate use program, according to the University of Maryland.

"This is the culmination of years of highly complicated research to hone this technique in animals with survival times that have reached beyond nine months," said Dr. Muhammed Mohiuddin, one of the world's top experts in animal organ transplants who created the university's Cardiac Xenotransplantation Program with Griffith. "The successful procedure provided valuable information to help the medical community improve this potentially lifesaving method in future patients."

After the procedure was complete, the doctors used an experimental drug developed by Mohiuddin and Kiniksa Pharmaceuticals, providing it to Bennett alongside conventional anti-rejection drugs. Organs from genetically modified pigs are favored in xenotransplantation research, partly because of their physiological similarities to humans and primates.

In this particular donor pig, three genes that raise the risk of rejection were knocked out, while six human genes responsible for immune acceptance of the pig heart were inserted into the pig's genome. Lastly, one final gene in the pig was knocked out to prevent excessive growth of the pig heart tissue, the doctors said.