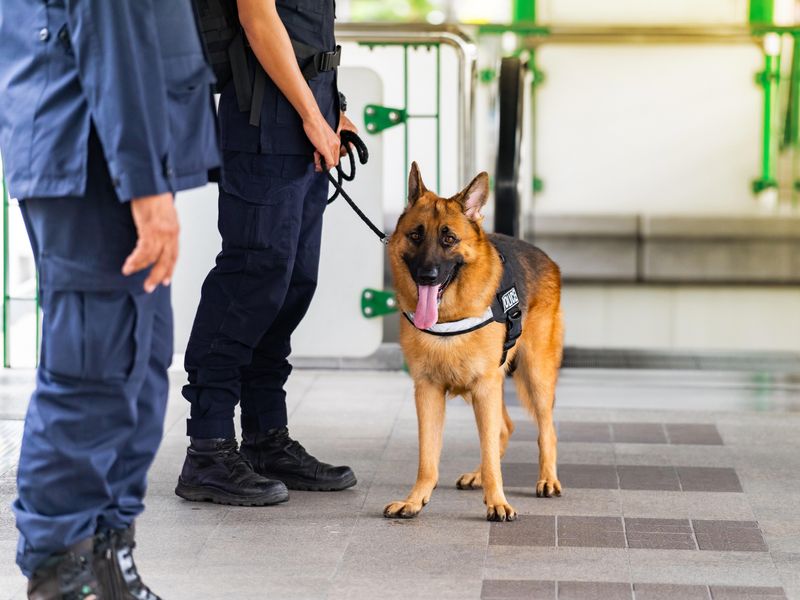 Dogs' ultra-sensitive noses can detect illegal drugs and even cancer, and a new study suggests they may also be able to sniff out COVID-19 in airline passengers.

Not only that, these trained canines can do so with an accuracy comparable to a PCR nose and throat swab test, the researchers noted.

"Our preliminary observations suggest that dogs primed with one virus type can in a few hours be retrained to detect its variants," Anu Kantele and colleagues reported in the May 16 issue of the journal BMJ Global Health. Kantele is a professor of infectious diseases at Helsinki University Hospital and Faculty of Medicine, Finland.

Dogs have a superb sense of smell. They can detect a scent at levels as low as one part per trillion, far surpassing any available mechanical methods, the authors said in background notes.

It's believed that dogs can get wind of specific volatile organic compounds released by various metabolic processes in the body, including those produced by bacterial, viral and parasitic infections.

In this study, four dogs previously trained to detect illicit drugs, dangerous goods or cancers were trained over a few weeks to sniff out SARS-CoV-2.

The dogs each sniffed skin swab samples from 114 people who had tested positive for the virus on a PCR swab test (including 28 with no symptoms) and from 306 who had tested negative. The two types of COVID tests are PCR and antigen.

The researchers then tested the dogs at the Helsinki-Vantaa International Airport in Finland between September 2020 and April 2021. They had them put their noses to incoming passengers who had had PCR tests.

The dogs correctly identified 296 (99%) of 300 passengers with negative PCR results, but identified three PCR-positive people as negative. Further analysis showed that one of those three people was not infected, one likely had a post-infection positive test result and one actually had the virus, according to the study.

Because the rate of infection among the airline passengers was so low (less than 0.5%), the researchers presented the dogs with swabs from 155 people who had tested positive on a PCR test. The dogs correctly identified just under 99% of them as positive.

Based on these results, the researchers calculated the rate of true positive results (PPV) and true negative results (NPV) in two hypothetical scenarios with population infection rates of 40% and 1%.

In both scenarios, the high NPV supports the use of sniffer dogs for COVID-19 screening in order to exclude people who don't need a PCR swab test, according to the study authors.

This use of dogs could be especially important in the early stages of a pandemic when other resources might not be available and also to help contain an ongoing pandemic, the team suggested.

But while these findings are promising, they need to be confirmed in real-life conditions.

The American Lung Association has more on dogs sniffing out COVID-19.