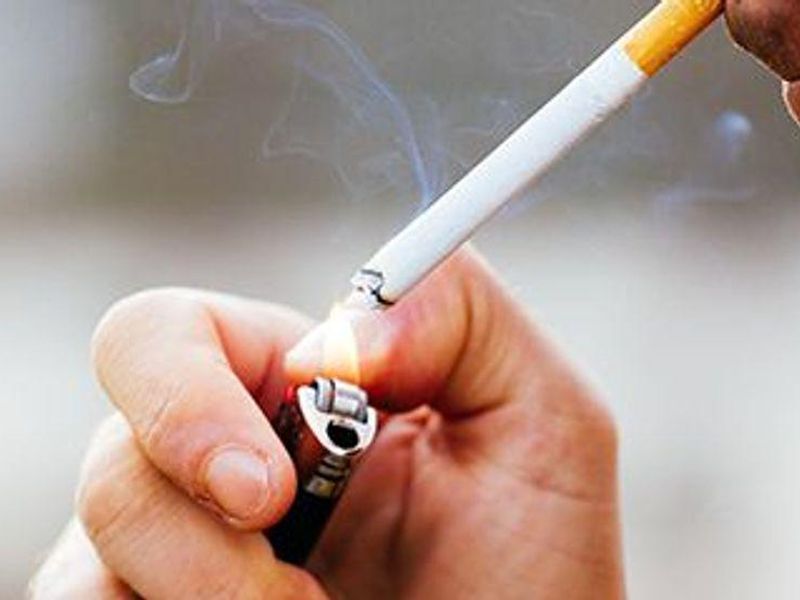 You can add more risk of broken bones to the long list of health harms that smoking poses to men.

Along with cancer and respiratory diseases, men who smoke have a significantly increased risk of osteoporosis, fractures and early death, a new study finds.

Previous research has shown that men are more likely to smoke and to have a higher risk of smoking-related health problems than women.

In this new paper, researchers from the University of Nevada, Las Vegas conducted a meta-analysis of 27 studies that included data on nearly 30,000 cases of broken bones over the past three decades and concluded that smoking increases a man's risk of breaking a bone by as much as 37%.

"Smoking is a major risk factor for osteoporosis and risk of fracture," said study author Dr. Qing Wu, an associate professor in UNLV's School of Public Health and the Nevada Institute of Personalized Medicine.

"Men tend to smoke more than women, increasing their risk for osteoporosis, which has traditionally been thought of as a women's disease," he said in an UNLV news release.

These findings suggest that quitting smoking would significantly reduce the risk of fractures in all smokers, particularly in men, Wu and his colleagues pointed out.

They also said that the findings bolster data from previous studies showing that between 21% and 37% of males with broken bones die within a year of suffering their fracture.

It's believed that smoking increases the risk of fractures because chemicals in cigarettes impair tissue repair and fracture healing, and also reduce the body's ability to absorb vitamin D and calcium, nutrients that are critical for strong bone mineral density.

Osteoporosis-related fractures are a major health issue and cause of disability in older people and often lead to premature death, the researchers noted.

The findings were published June 3 in the journal Scientific Reports.

Smoking is the leading cause of preventable disease, disability and death in the United States. There are about 34.2 million adult smokers in this country, including 16.7% of men and 13.6% of women, according to the study.

There's more on smoking and bone health at the U.S. National Institute of Arthritis and Musculoskeletal and Skin Diseases.