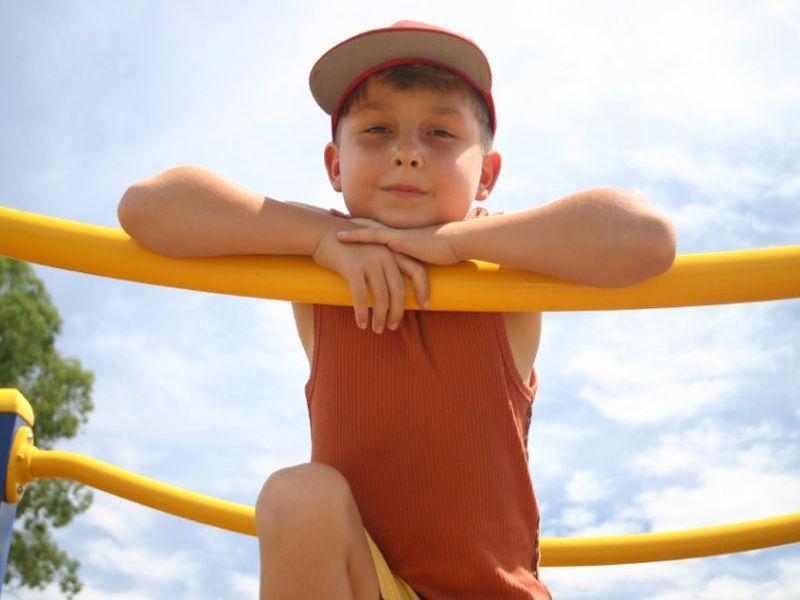 Children are not as physically fit as their parents were when they were kids, and this will likely harm them as the Earth warms, new research claims.

The findings are based on a comprehensive review of more than 150 studies that looked at how children maintain physical activity, exercise and cope with heat, as well as how this might change as global temperatures rise. The research was published Aug. 5 in the journal Temperature.

"Fitter adults are better able to tolerate higher temperatures, due to a combination of physiological, behavioral and psychological factors," said Shawnda Morrison, an environmental exercise physiologist at Slovenia's University of Ljubljana. She is an expert in adaptive and integrative human physiology in extreme environments.

"Yet, as the world warms, children are the least fit they have ever been. It is imperative that children are encouraged to do daily physical activity to build up, and maintain, their fitness, so that they enjoy moving their bodies and it doesn't feel like 'work' or 'a chore' to them," Morrison said in a journal news release.

Obesity and lack of fitness could put kids at greater risk of suffering heat-related health problems, such as dehydration, heat cramps, heat exhaustion or heat stroke.

Among the research analyzed was a study of 457 boys ages 5 to 12 in Thailand. It found that overweight youngsters were more than twice as likely to have difficulty regulating their body temperature as kids of normal weight when exercising outdoors.

Children's aerobic fitness is 30% lower than that of their parents at the same age, according to the research. The past 30 years have seen rapid declines in child physical activity globally, with most children not meeting the World Health Organization's guideline of performing an average of at least 60 minutes of physical activity each day.

Even worse, this physical inactivity accelerated, especially in Europe, during the pandemic, the study found.

It could also become harder for unfit children to meet minimum activity levels if parents perceive rising outdoor temperatures as "too hot to play."

Meanwhile, these higher temperatures could trigger outbreaks of new diseases, according to the study. Movement restrictions in response to these future outbreaks could be devastating to children's physical fitness.

On top of that, children aren't simply smaller adults.

How their body maintains internal temperature is different, Morrison explained. They sweat less than adults in heat and lose heat by increasing blood flow to their skin, which can require the heart to work harder, she said. Most research on how the body adapts to higher temperatures is on adults, with little conducted on children that's newer than 15 to 30 years old.

Morrison suggests activities to get kids moving. This can be a combination of structured games, such as football, basketball and baseball, and active play with friends and family. Preferably, these activities would happen outdoors.

PE classes are the best and most cost-effective way to increase fitness levels and equip children to continue exercising throughout their lives, according to the study, but families can get active, too.

"Do what you love to do, whether it's a family bike ride or rollerblade, a stroll through the woods or walking the dog," Morrison said.

"Make sure the activity raises everyone's heart rate, enthusiasm, and positive energy and importantly, try not to completely avoid the heat but choose times of the day that are less hot [mornings/evenings] to keep active, since we need to keep ourselves moving in this new warming world," she said.

The U.S. Department of Health and Human Services' Office of Disease Prevention and Health Promotion has more fitness tips for kids.