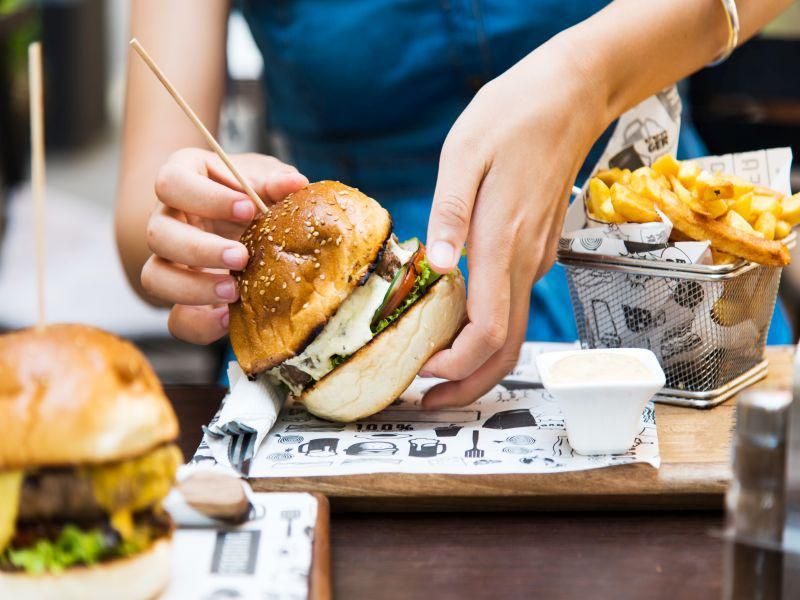 Too Much Restaurant Fare Could Shorten Your Life

Whether it's takeout or dining in, lives filled with lots of restaurant fare could turn out to be shorter, new research shows.

The study found that dining out frequently -- two or more meals prepared away from home each day -- is tied to an increased risk of death from any cause.

One nutritionist who wasn't involved in the study said the findings come as little surprise.

"Many meals prepared outside of the home are higher in salt, fat, refined sugars and overall energy," noted Nicole Roach, a cardiac dietitian at Lenox Hill Hospital in New York City. "Intake of these items can pose a risk for increased risk of obesity, diabetes and other chronic diseases."

The new study was published March 25 in the Journal of the Academy of Nutrition and Dietetics and was led by Dr. Wei Bao, assistant professor of epidemiology at the University of Iowa. He called it "one of the first studies to quantify the association between eating out and mortality."

America's love of dining out continues to rise. According to the U.S. Department of Agriculture, by 2011, Americans were already consuming 34% of their daily calories on food that wasn't made at home. That's twice the amount reported by the USDA in 1977.

So how is all that restaurant fare affecting Americans' health?

In the study, Bao's group tracked data from major U.S. government health surveys from 1999 to 2014. The surveys involved face-to-face household interviews of more than 35,000 adults over the age of 19. The researchers compared participants' survey answers on daily nutrition to death records through to the end of 2015.

Overall, there were 2,781 deaths recorded, including 511 from cardiovascular disease and 638 from cancer.

The bottom line: Compared to folks who ate less than one meal per week away from home, people who ate two or more meals per day away from home were 49% more likely to die of any cause during the study period. They also had a 67% higher risk of dying from cancer, the researchers found, and an 18% higher odds of death from heart disease.

The study couldn't confirm a cause-and-effect relationship, but "our findings, in line with previous studies, support that eating out frequently is associated with adverse health consequences," Bao said in a journal news release.

The researchers said future studies are needed to look more closely at the association of eating out with death from heart disease, cancer, dementia and other chronic illnesses.

For her part, Roach said that beyond the high intake of the usual bad dietary actors -- fat, salt and sugar -- restaurant meals may also include higher levels of a lesser-known ingredient, phthalates.

"Phthalates are chemicals that can be toxic and are known to be associated with increased cardiovascular disease," Roach explained. The new study "found that those who consumed fewer meals at home had higher phthalates in their blood."

Christine Santori is program manager at the Center for Weight Management at Northwell Health's Syosset Hospital, in Syosset, N.Y. Reading over the new study, she noted that "restaurants are competing for every dollar and often, taste is prioritized over health" -- which can easily lead to bigger portion sizes.

She believes there is a way to patronize restaurants and still keep an eye to health, however.

"When dining out, I encourage [my clients] to not think of it as an opportunity for an indiscretion," Santori said. "Avoid fried foods, liquid calories, heavy sauces and high-calorie condiments. Load up on vegetables, whole grain and lean protein. Eat only the amount you need to satisfy hunger and take the rest home."

The U.S. Centers for Disease Control and Prevention has more information on healthy eating for a healthy weight.