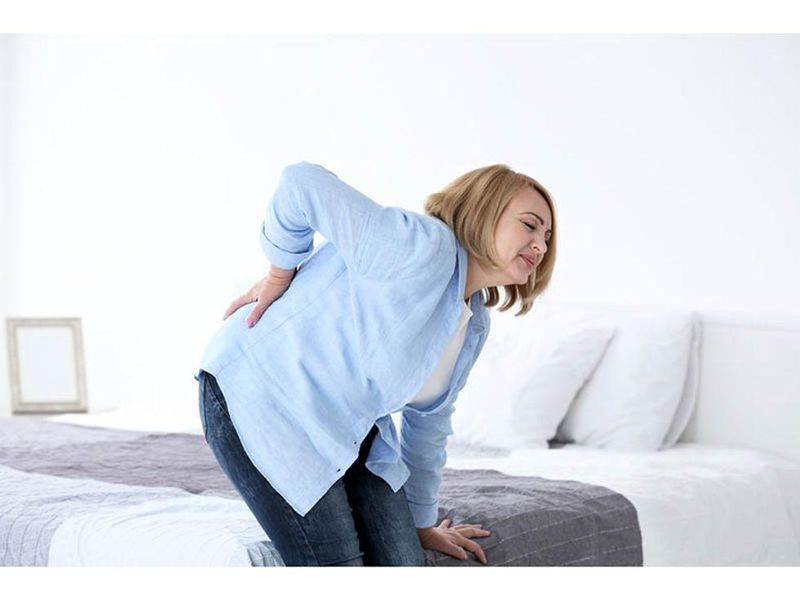 Special Therapy Brings Relief to Patients With Chronic Back Pain

Many people with long-term back pain have tried physical therapy and medication, to no avail. A new study suggests they might "unlearn" their discomfort in weeks -- using psychological therapy.

"For a long time, we have thought that chronic pain is due primarily to problems in the body, and most treatments to date have targeted that," said Yoni Ashar, who led the study while earning his PhD in the department of psychology and neuroscience at University of Colorado Boulder.

"This treatment is based on the premise that the brain can generate pain in the absence of injury or after an injury has healed, and that people can unlearn that pain. Our study shows it works," Ashar said in a university news release.

The study involved 151 men and women with back pain for at least six months who took part in a four-week psychological treatment called Pain Reprocessing Therapy. They had mild to moderate pain and underwent eight one-hour sessions in all.

According to the study results, two-thirds were pain-free or nearly pain-free after treatment. And most remained free of pain for one year.

"The magnitude and durability of pain reductions we saw are very rarely observed in chronic pain treatment trials," Ashar said. Opioids have only moderate and short-term relief in many trials, he added.

About 85% of people with chronic back pain have pain for which tests can't find a clear bodily source, such as tissue damage, the researchers said.

Misfiring neural pathways are partly to blame, according to the study. Different brain regions activate more during chronic pain than acute pain. Among chronic pain patients, certain neural networks are sensitized to overreact to even mild stimuli.

"The idea is that by thinking about the pain as safe rather than threatening, patients can alter the brain networks reinforcing the pain, and neutralize it," said Ashar, now a postdoctoral researcher at Weill Cornell Medicine in New York City.

The goal of the treatment is to educate the patient about the role of the brain in causing chronic pain and to help them reappraise their pain as they move in ways they'd been afraid to. It also aims to help them cope with emotions that may increase their pain.

After treatment, 66% of patients in the treatment group were pain-free or nearly pain-free compared with 20% of the patients who got sham therapy and 10% of those who had no treatment.

And when people in the psychotherapy group were exposed to pain in a scanner post-treatment, brain regions associated with pain processing -- including the anterior insula and anterior midcingulate -- had quieted significantly.

The study focused on chronic back pain, so larger studies are needed in the future to see if the treatment would have the same results for other chronic pain.

"This study suggests a fundamentally new way to think about both the causes of chronic back pain for many people and the tools that are available to treat that pain," said researcher Sona Dimidjian, a professor of psychology and neuroscience at CU Boulder. "It provides a potentially powerful option for people who want to live free or nearly free of pain."

The report was published online Sept. 29 in the journal JAMA Psychiatry.

The U.S. National Institute of Neurological Disorders and Stroke has more on back pain.