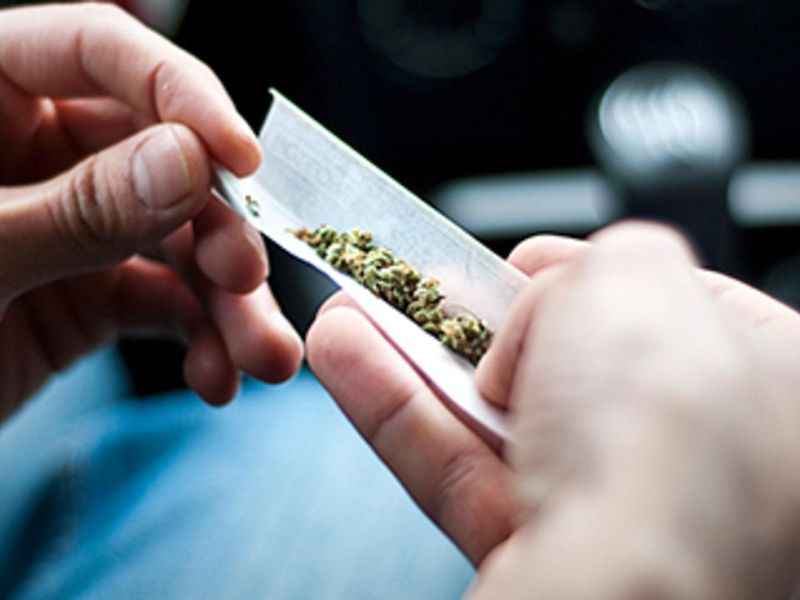 Marijuana abuse among 6- to 18-year-olds has increased 245% since 2000, while child alcohol abuse has steadily declined over those years, say researchers who analyzed poisonings over two decades.

"This dramatic increase does coincide with this huge wave of decriminalization in the U.S.," said lead researcher Dr. Adrienne Hughes, an assistant professor of emergency medicine at Oregon Health & Science University.

And use of cannabis has evolved over the years, too.

"We're seeing that adolescents are moving away from smoking weed, and they're moving on to alternative modes of consumption," like edibles, Hughes said. "A lot of times they're marketed in ways that are attractive to young people and are considered kind of more discreet, more convenient and not obvious."

This study adds to the growing base of research showing the harms of marijuana to youth, especially in the form of edibles, said Linda Richter, vice president for prevention research and analysis at the Partnership to End Addiction in New York City.

"These products resemble candy and come in enticing flavors and have high concentrations of THC [the compound that creates the 'high']," said Richter, who was not part of the study. "The proliferation of these products, especially in states where nonmedical use of marijuana has been legalized, normalizes the use of the drug and reduces perceptions of risk or harm among young people."

For the study, Hughes and her colleagues used the National Poison Data System to look at nearly 339,000 cases of intentional misuse and abuse of substances among children and teens.

Most cases (58%) occurred in boys, and more than 80% were among teens ages 13 to 18. The researchers noted that about one-third of cases resulted in serious medical problems.

The report points to changing patterns of substance abuse over time. Over-the-counter cough medicines containing dextromethorphan, a stimulant, caused most overdoses, Hughes said. However, since its peak in 2006, its abuse had been on the decline, she said.

In 2000, most cases of substance abuse involved alcohol. Abusive drinking exceeded marijuana abuse from 2000 until 2013, when it began to decline, Hughes said.

Use of all forms of marijuana rose, but edibles had the biggest average monthly increase, which may mean that teens are smoking marijuana less and eating it more, she said.

The jump in youth marijuana use echoes legalization of the drug across the country, she said. As of now, cannabis is legal for recreational use in 21 states and Washington, D.C., and medical use in 38 states and D.C.

Richter pointed out that the high potency and concentration of THC in some of these products and their delayed effects on the brain often mean that people ingest more than intended, putting them at risk for poisoning.

"It's important for adults to recognize the significant risks posed by marijuana products and other drugs, regardless of the form they came in and that those risks are even higher for children and adolescents," Richter said.

According to the study, over-the-counter medication abuse among teenagers still causes most emergency room visits for overdoses. Besides cough medicines, antihistamines found in cold medicines were a common culprit in this study.

Deaths from drug abuse were uncommon among this group. Still, 450 young people died from overdoses, mostly from opioids, the researchers found.

Preventing drug abuse starts with parents, Hughes said. "It starts with being aware of the issue and that these drugs are just everywhere, and parents may not be aware that kids are at high risk," she said.

Richter said if marijuana products or any addictive substances are in the home, adults should ensure they remain out of children's sight and out of reach. "If adults do use them in the presence of children, they should be very careful to refrain from conveying in any way that the products are harmless or fun or needed to relax or reduce stress," she advised.

Most of the more than 57,000 poisonings of kids 6 to 12 did not include traditional drugs, but rather vitamins, plants, melatonin, hand sanitizers and other substances, the researchers found.

The report was published Dec. 5 in the journal Clinical Toxicology.

For more on teens and substance abuse, see the U.S. Centers for Disease Control and Prevention.