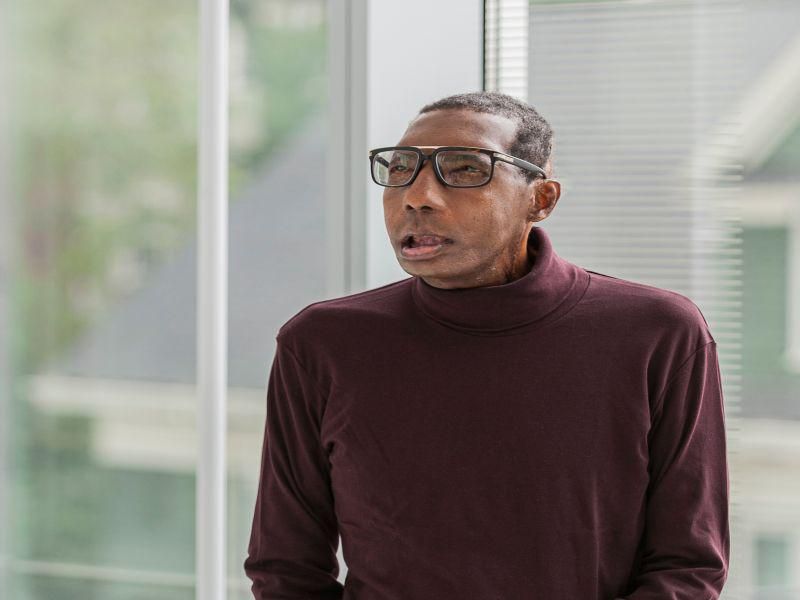 Robert Chelsea needed a new face, having lost most of his in a horrific Los Angeles traffic accident years ago.

But Chelsea is Black, and the process to give him the first-ever face transplant wound up posing novel challenges for his doctors, according to a new report.

It took four times as long to find Chelsea a suitable donor than it typically does for white patients, doctors said, due to a lack of donors and the wider variability in skin tone among Black Americans.

"It's so rare to find a Black face [for transplant]," Chelsea said in an interview with the BBC. "We didn't know how rare it was."

In addition, tracking Chelsea's post-surgery progress proved more complex due to his darker skin tone, with doctors less able to see the redness that serves as an early warning sign for rejection, said lead surgeon Dr. Bohdan Pomahac, director of plastic surgery transplantation at Brigham and Women's Hospital in Boston.

"On a white patient, you can see redness as a sign of infection or a sign of rejection. In African American patients, you can't really tell," Pomahac said. "The redness is very subtle, if at all possible to notice."

In August 2013, Chelsea's disabled car was struck by a drunk driver on an L.A. freeway with such force that the vehicle exploded on impact.

Chelsea suffered burns over 60% of his body and face. He lost his lips, part of his nose and part of an ear, and required upwards of 40 surgeries to regain his health.

"To be able to address a person without intimidating them would be a major relief," Chelsea told the BBC prior to his surgery. 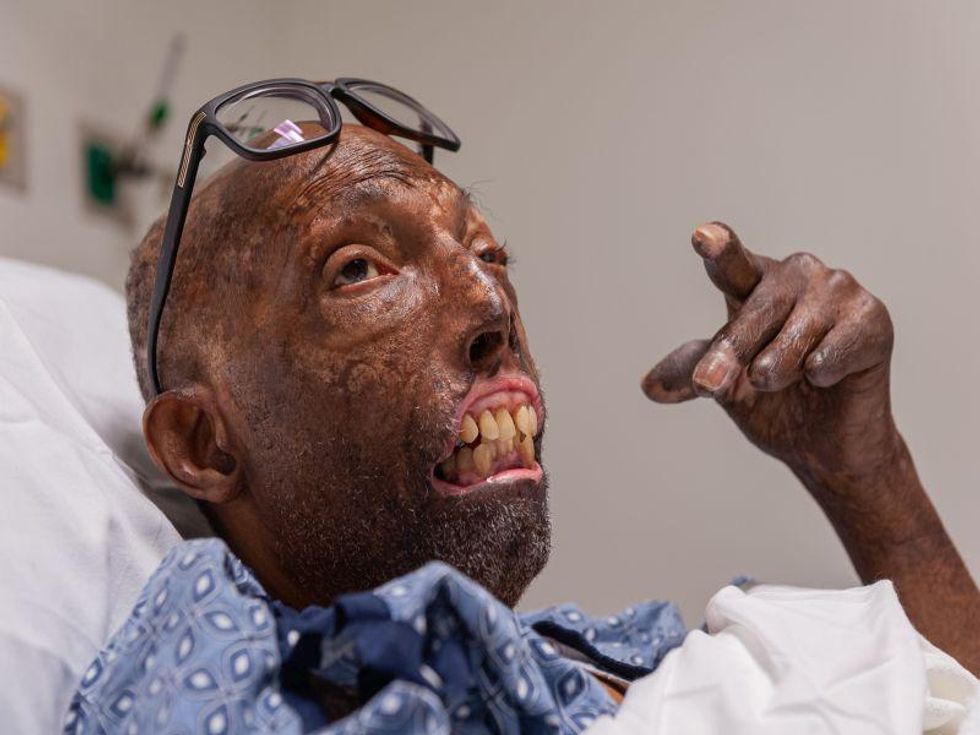 However, finding a suitable donor was not easy.

Chelsea spent nine months on the list before receiving the first offer of a donor, and remained on the list for a total 17 months before his surgery, doctors reported March 18 in the New England Journal of Medicine. The average time to find a donor for a white patient on the list is four months.

A lack of donors was one problem. "There is a really remarkably low number of African-American donors," Pomahac said.

Another problem involved finding a good match for skin tone, which in a Black patient can range from almost dark black-blue to light cappuccino, Pomahac said.

"There are so many ranges of different colors that it would look extremely disturbing" were a transplant to be performed with a mismatched tone, Pomahac said.

Chelsea declined two donors before finding one he considered compatible. Pomahac said there also were other donors that weren't even presented to Chelsea as an option, because they were so mismatched from the start.

Skin tone also shaped the final extent of the surgery. Chelsea really only needed a partial face transplant, but "we ultimately decided to do full-face because I was worried the face would look abnormal" with two different skin tones," Pomahac said.

In July 2019, Chelsea, then 68, became the oldest person and the first Black American to receive a face transplant, in a 16-hour surgical procedure involving a team of over 45 medical professionals at Brigham and Women's Hospital.

The world's first partial face transplant took place in 2005 in France, and the first full-face transplant was completed in Spain in 2010. Only about 40 such surgeries have taken place, all in white patients prior to Chelsea.

The surgery was a success, but in the following days Pomahac and his team encountered another problem as they tried to see whether Chelsea's body would accept or reject the transplant. 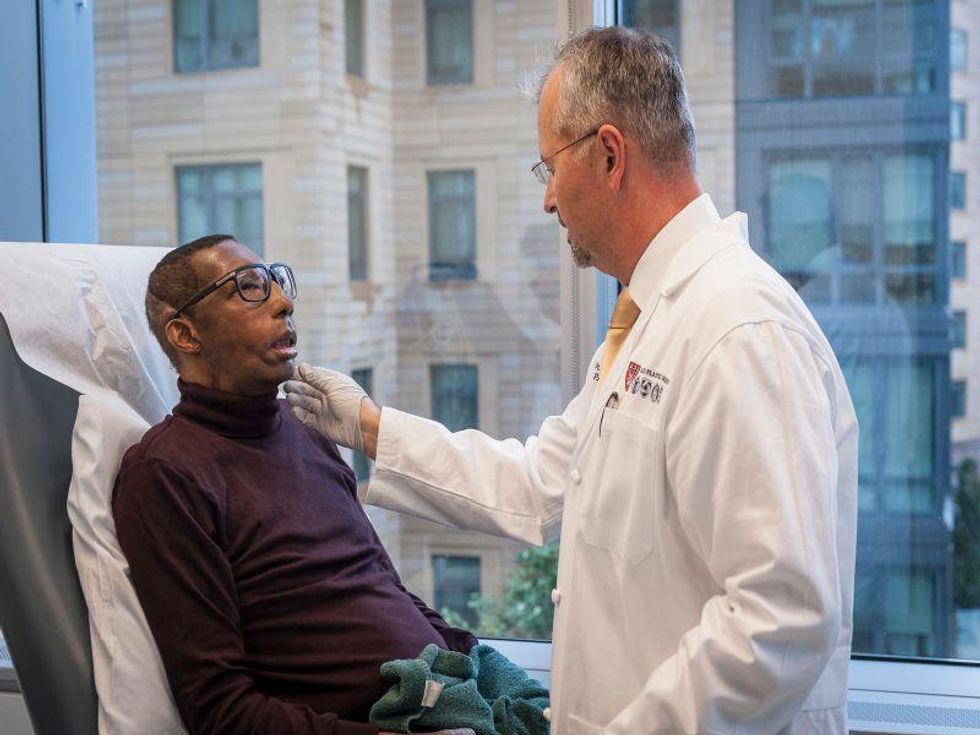 In white patients, skin redness is such a clear signal of rejection that "we feel like we can monitor rejection in real time, pretty much," Pomahac said.

Such redness is harder to see in the skin of a Black patient, so doctors added regular inspection and biopsies of Chelsea's mucous membranes -- the inside of his cheek, the lining of his lips -- as a means of tracking rejection.

Chelsea's transplant has proven successful, but his ordeal has illustrated the need to promote organ donation among Blacks and other ethnic groups, experts said.

"It is vitally important for individuals of all races and ethnicities to consider organ donation, including the donation of external grafts, such as face and hands," Alexandra Glazier, president and CEO of New England Donor Services, said in a news release. "Unlike internal organs, the skin tone of the donor may be important to finding a match."

"May God bless the donor and his family who chose to donate this precious gift and give me a second chance," Chelsea stated following his surgery. "Words cannot describe how I feel. I am overwhelmed with gratitude and feel very blessed to receive such an amazing gift."

Black patients should take hope in Chelsea's case, and reach out to doctors if they need similar operations, Pomahac said.

"It's important for African Americans and people with any type of color of complexion to be assured that we are here for them regardless of their background, and we're able to help," Pomahac said.