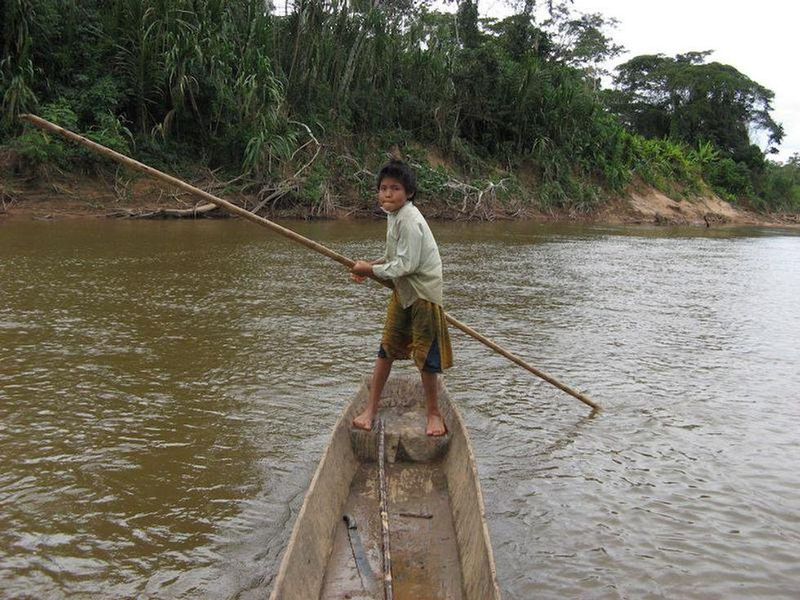 Amazon Tribe Could Hold Key to Health of Aging Brains

A native South American population that lives a pre-industrial lifestyle may have a slower rate of brain aging than the typical Westerner, a new study finds.

The study focused on the Tsimane population, whose roughly 16,000 members dwell in a remote part of the Bolivian Amazon. They live by farming, hunting, gathering and fishing - a lifestyle devoid of processed food, couch time and streaming.

Past research has found that even older Tsimane adults rarely suffer from the afflictions common in today's age, including obesity, high blood pressure, diabetes and clogged heart arteries.

The new study looked at whether the Tsimane also fare better in a measure of brain health: Age-related atrophy, or shrinkage of brain tissue.

The answer, the researchers said, is yes.

On average, middle-aged and older Tsimane adults showed less brain atrophy on CT scans than is typical of Americans and Europeans their age, the findings showed.

The results suggest their rate of brain shrinkage could be about 70% slower.

Some degree of brain atrophy is part of aging, but a faster decline is linked to increased risks of dementia and physical impairments.

It's not clear why the Tsimane seem to hang on to brain volume as they age. But their good cardiovascular health may be key, according to lead researcher Andrei Irimia. He is an assistant professor of gerontology, neuroscience and biomedical engineering at the University of Southern California, in Los Angeles.

In general, experts believe that what's good for the heart is also good for the brain: Studies have found that healthy habits - including regular exercise, a health-conscious diet and not smoking - are correlated with a lower risk of dementia.

The Tsimane epitomize that, with physical activity being ingrained into their daily routine starting early in life. Their diets, Irimia said, are rich in fiber and unsaturated "good" fats, but low in sugar, preservatives and saturated fat.

Still, he said, it was not a foregone conclusion that Tsimane adults' brains would look better than Westerners'.

That's because the population is exposed to many infections throughout life, and their bodies tend to have high levels of inflammation, which might speed brain atrophy.

To study the question, the researchers recruited 746 Tsimane adults aged 40 to 94 and transported them to the Bolivian city of Trinidad to undergo CT scans of the brain.

Those results were compared with brain scans from two previous studies of U.S. and European adults.

But while the Tsimane showed less brain tissue loss, it cannot be assumed that's all due to better heart health, said Rebecca Edelmayer, senior director of scientific engagement for the Alzheimer's Association, in Chicago.

She noted that the study did not measure participants' cardiovascular health or markers of inflammation to see whether they correlated with brain volume. Nor did it assess people's actual memory and thinking skills.

There is good evidence tying better heart and blood vessel health to brain benefits, Edelmayer said, but other factors - from environmental exposures to genes - may influence brain aging and dementia risk, too.

The Alzheimer's Association is funding a clinical trial to test whether a combination of measures - diet, exercise, mentally stimulating activities and better control of heart risk factors - can slow mental decline in older adults who are believed to be at increased risk.

Rush University Medical Center in Chicago is one of the participating centers. Shannon Halloway, an assistant professor there, said the new findings support the notion that what's good for the heart is good for the brain.

But Halloway, whose own research focuses on exercise, thinks healthy habits may do more than boost blood flow to the brain. She has found that older adults who are more active in everyday ways - gardening and doing housework, for instance - tend to have greater brain volume.

When people are less sedentary and "move through the world," Halloway said, they may have more chances for mental and social stimulation, too, and it's possible those factors are at play among the Tsimane, as well.

It's unlikely Americans will become hunter-gatherers, but they can work healthy habits into their day. "Take walks and talk to your neighbors while you're at it," Halloway said. "Make dinner with your loved ones. Find activities you enjoy and will keep up."

The study was published May 26 in the Journal of Gerontology, Series A: Biological Sciences and Medical Sciences.

The Alzheimer's Association has advice on supporting your brain health.