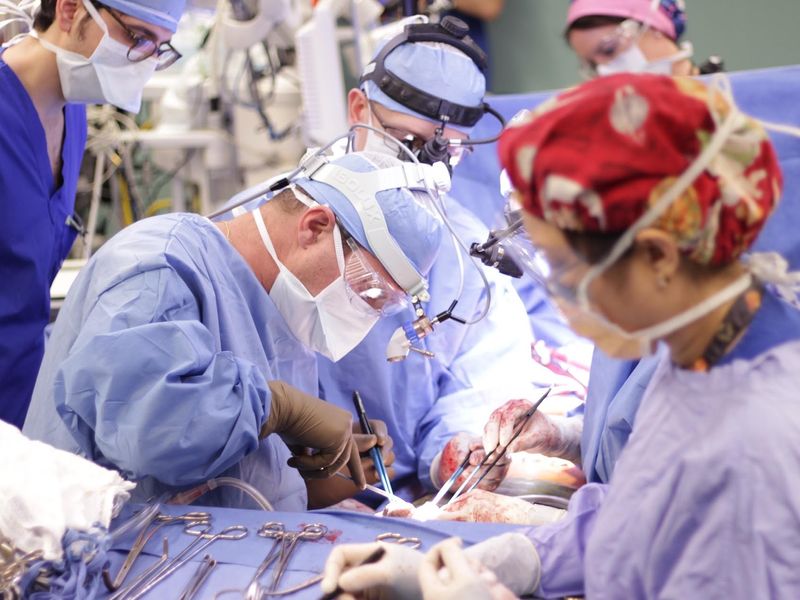 It's possible to create "universal" donor organs that would eliminate the need to match transplant donor and recipient blood types, researchers report.

"With the current matching system, wait times can be considerably longer for patients who need a transplant depending on their blood type," said senior study author Dr. Marcelo Cypel, surgical director of the Ajmera Transplant Centre, University Health Network (UHN) in Toronto.

"Having universal organs means we could eliminate the blood-matching barrier and prioritize patients by medical urgency, saving more lives and wasting less organs," added Cypel. He is a thoracic surgeon at UHN, a professor in the department of surgery at the University of Toronto, and the Canada Research Chair in Lung Transplantation.

The researchers said their proof-of-concept study is a significant step toward creating universal type O organs for transplantation.

The need to match donor and recipient blood types can result in long waits for some people in transplant waiting lists. For example, patients with type O blood have to wait an average of two times longer for a lung transplant than those with type A blood, according to study first author Aizhou Wang, a scientific associate at Cypel's lab.

"This translates into mortality. Patients who are type O and need a lung transplant have a 20% higher risk of dying while waiting for a matched organ to become available," Wang said in a UHN news release.

She pointed to other examples. A patient with type O or B who needs a kidney transplant will wait for an average of four to five years, compared to two to three years for people with types A or AB.

"If you convert all organs to universal type O, you can eliminate that barrier completely," Wang said.

Blood type is determined by antigens on the surface of red blood cells. In this study, the researchers used an ex vivo lung perfusion (EVLP) system, which is normally used to pump fluids through donor lungs to prepare them for transplantation.

But in this case, the study authors used human donor lungs from type A donors that were not suitable for transplantation. One lung was treated with a group of enzymes to clear the blood type-determining antigens from its surface, while the other lung was untreated.

The team then added type O blood to the EVLP and found that the treated lungs were well tolerated while the untreated lungs showed signs of rejection.

The findings were published Feb. 16 in the journal Science Translational Medicine.

The researchers are now preparing a proposal for a clinical trial within the next 12 to 18 months.

There's more on organ transplantation at the United Network for Organ Sharing.