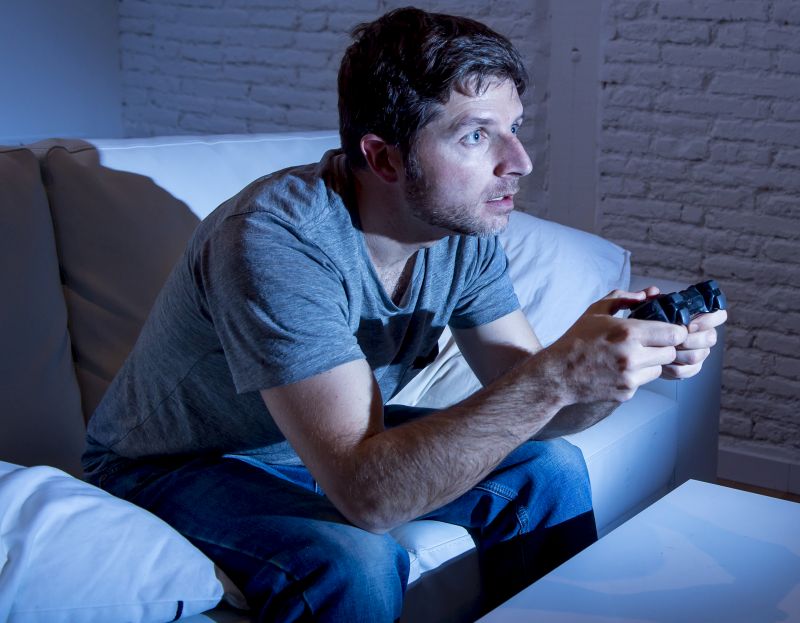 Know someone who just can't put down the controller in the middle of online games like Fortnite or League of Legends?

In a new study, the research team reported that they've developed a short-term type of cognitive behavioral therapy (CBT) to treat gaming addictions. It combines components of CBT, a therapy contract and weekly protocols. The goal is for someone to be able to use the internet productively for school or work, but to stay away from problem behaviors, such as gaming or viewing pornography.

The study compared people receiving the therapy to people on a wait-list for the treatment.

"We found a strong remission rate for internet and computer game addiction in the treatment group versus the wait-list controls," said study author Klaus Wolfling. He's head of the outpatient clinic for behavioral addictions at the University Medical Center Mainz.

The odds were 10 times higher that people in treatment would be able to avoid their problematic online behaviors, the investigators found.

Internet gaming disorder was recently added to the psychiatry manual used by doctors to diagnose mental illness (called the DSM-5). It's not yet an official diagnosis, but was added as a condition that warrants further research.

David Austern, a clinical assistant professor in the department of psychiatry at NYU Langone Health in New York City, said there isn't enough research yet to know for sure how many people in the United States have internet gaming disorder. But, he suspects it's likely similar to the German findings.

The signs of internet gaming disorder are like those of a gambling disorder, according to the study authors. Preoccupation with the games, a need for increasing time on the game, withdrawal symptoms when the game isn't available and continued use of the game despite negative consequences are all signs of trouble. Wolfling said another sign is the inability to stop playing the game for more than four consecutive days.

Austern said that parents and other loved ones should pay attention to how the gaming habit affects someone's life.

"One of the things we want to look out for is how much does this activity interfere with other aspects of your life? Someone who is an adolescent who used to hang out with friends and play sports but now just plays online games, or an adult who should be applying for jobs is sitting at home gaming are examples," he explained.

The study included nearly 150 young men recruited from four university medical centers -- three in Germany and one in Austria. Their average age was 26. All had an internet addiction, including online gaming.

The researchers said the study only included men because 90% of the patients treated for behavioral addictions -- such as gambling, gaming or internet addiction -- are men.

Half of the group was given the new short-term CBT program while the other half was put on a wait-list for treatment.

CBT is a type of therapy designed to help people understand and change unhealthy ways of thinking and behaving, according the American Psychological Association.

The short-term CBT included 15 weekly group sessions and up to eight individual sessions. The entire treatment is designed for three phases, according to Wolfling. The first phase focuses on education and setting therapy goals. The second phase introduces therapeutic interventions to work on functional internet use. The final phase builds on the other two to ensure remission (abstinence from the problem behavior) and includes relapse prevention techniques.

The treatment isn't currently available in the United States. Wolfling said they've created a German version of the treatment manual, and are currently translating it into English.

He added that he believes the therapy would also work well for women with internet and gaming addictions.

Austern said it's hard to know how effective this therapy might be because there is no long-term data available yet. Still, for other mental health concerns, "even brief CBT can have remarkable effects long-term."

Both Wolfling and Austern said more research is needed.

The study was published online July 10 in JAMA Psychiatry.