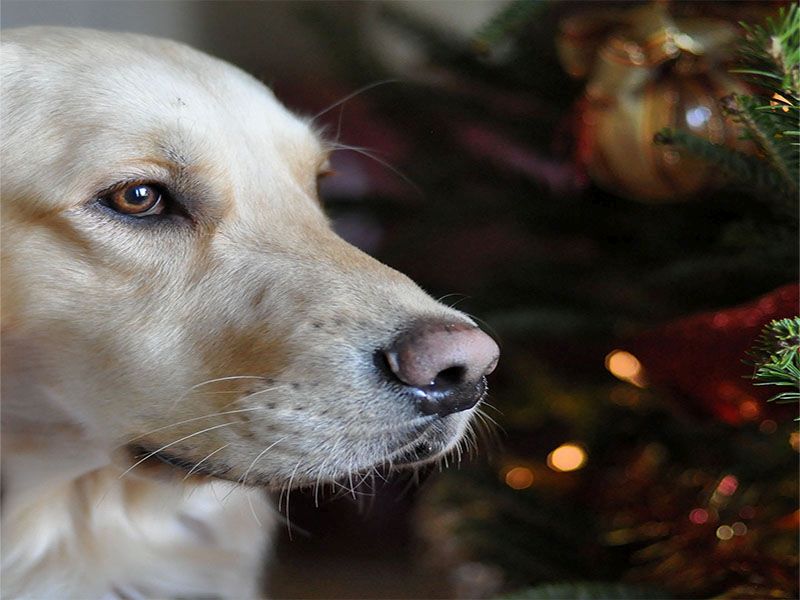 Could the Family Dog Lower a Child's Odds for Schizophrenia Later?

You might just want to throw Fido a few extra bones for the holidays, as new research suggests that growing up with a dog may lower schizophrenia risk by as much as 24%.

Unfortunately, cat lovers are out of luck. No similar link was seen with respect to feline ownership.

"We found that a history of having had a pet dog present at birth or before age 3 was associated with a lower prevalence of schizophrenia, as compared to individuals who did not have this exposure," said lead author Dr. Robert Yolken, a professor of neurovirology in pediatrics at the Johns Hopkins School of Medicine in Baltimore.

Why? The jury is still out. For one, the study simply looked back at pet ownership among about 1,400 men and women, so it can only point to an association -- it can't prove that dogs cause schizophrenia risk to fall.

Nor is it clear whether any potential benefit would be rooted in the particular bond between a youngster and man's best friend, or in the way dogs might affect a child's immune system.

"One [explanation] is that families with pet dogs differ from families with no pets -- or with pet cats -- in some way associated with differing rates of schizophrenia," Yolken said.

That could mean differences in where dog owners tend to live, what they eat, their income or educational background, or any number of lifestyle choices.

"It is also possible that having a dog has a positive emotional effect on children," Yolken noted.

"Finally, it is possible that some members of the dog microbiome -- beneficial microorganisms that are resident in healthy dogs -- are transmitted to an infant, and that these organisms provide some sort of protection against developing schizophrenia in later life," he added.

The researchers said more study to explore such possibilities is definitely warranted, given that the United States has an estimated 3.5 million cases of schizophrenia and about 90 million pet dogs.

In theory, that could mean as many as 840,000 fewer cases of schizophrenia, if childhood dog ownership could be confirmed as protective.

For this study, published in a recent issue of PLOS One, researchers focused on prior dog and cat ownership among 1,371 people in Baltimore between the ages of 18 and 65. Just under 400 had been diagnosed with schizophrenia after childhood. A similar number had bipolar disorder. The others had neither.

No protective association was seen between youthful dog exposure and a lower risk for bipolar disorder, or cat ownership and either illness.

Cat ownership among 9- to 12-year-olds was, however, linked to a higher risk for developing schizophrenia and bipolar disorder together. Why remains unclear. Other research has suggested that a parasitic disease of cats called toxoplasmosis may affect human mental health after exposure to feces from an infected feline.

But this new study found that having a dog at home before age 13 was linked to a "significantly" lower schizophrenia risk. The biggest benefit was for those who had a dog before age 3.

Two psychiatrists not involved in the study said the findings are intriguing.

"Exposure to dogs in infancy also helps to reduce later incidence of allergies and asthma," he said. "And the evidence also suggests that exposure to dogs and perhaps other pets -- which have minds similar to but unlike our own -- produces a mild level of stress that helps infants to develop adequate coping mechanisms for managing anxiety and threat."

On that front, Manevitz noted that people with dogs tend to have lower blood pressure and lower heart disease risk.

"Just playing with dogs has been shown to elevate oxytocin and dopamine, creating positive feelings and bonding for both the person and their pet," he said. Dog ownership, he added, can also help strengthen family cohesion and social skills.

But both Sullivan and Manevitz reiterated Yolken's caution that this study merely illustrates an association and doesn't firmly establish Fido's mental health credentials.

There's more on the health benefits of dog ownership at Harvard Medical School.