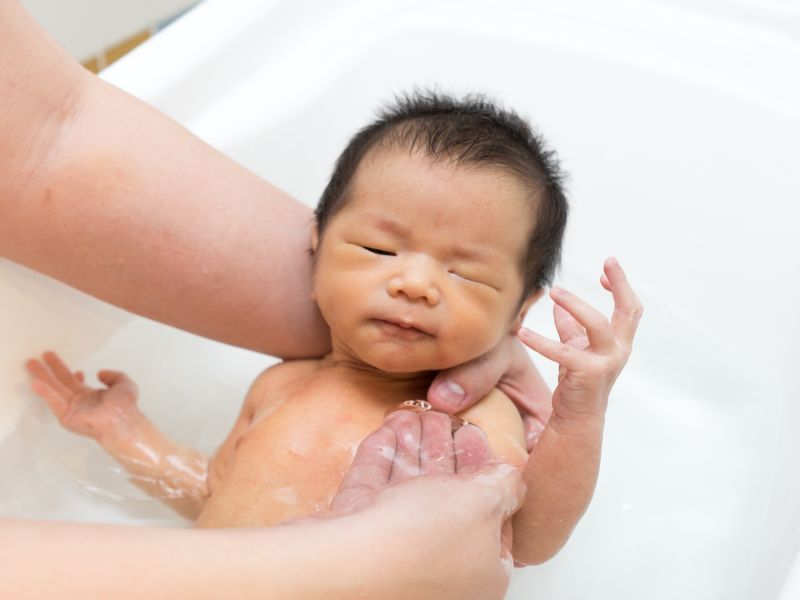 Women May Transmit Cancer to Infants in Childbirth, Reports Suggest

Two boys, a 23-month-old and a 6-year-old, developed lung cancers that proved an exact genetic match to cervical cancers within their mothers at the time of birth, Japanese researchers report.

It appears that the boys breathed in cancer cells from their mothers' tumors while they were being born, cancer experts say.

"In our cases, we think that tumors arose from mother-to-infant vaginal transmission through aspiration of tumor-contaminated vaginal fluids during birth," said lead researcher Dr. Ayumu Arakawa, a pediatric oncologist with the National Cancer Center Hospital in Tokyo.

Transmission of cancer from a mom to her offspring is a very rare event, occurring in only 1 infant for every 500,000 mothers with cancer, researchers said in background notes. By comparison, about 1 in every 1,000 live births involves a mother with cancer.

The small number of previously observed cases typically have involved cancer cells traveling across the placenta and into the still-developing fetus, researchers said. Leukemia, lymphoma and melanoma are the most common cancers that children contract through suspected transplacental transmission.

These are the first cases in which newborns appear to have contracted lung cancer by breathing in cancer cells from cervical tumors, cancer experts said.

"I found it fascinating, personally. I didn't know this was possible," said Debbie Saslow, senior director of HPV-related and women's cancers at the American Cancer Society.

Most cervical cancers are caused by human papillomavirus (HPV), a virus against which there is an effective vaccine. Cases like this will become even rarer as more boys and girls are vaccinated against HPV, Saslow said.

"I think it's interesting that this study was from Japan, where they've had a lot of backlash against the HPV vaccine and they saw vaccination rates plummet because of unfounded concerns," Saslow said. "I also know Japan has had particularly low cervical screening rates."

Doctors discovered cancer in both lungs of the 23-month-old boy after his family took him to the hospital for a cough that had gone on for two weeks. His mother had received a diagnosis of cervical cancer three months after the infant's birth.

The 6-year-old boy went to a local hospital with chest pain on his left side, and a CT scan revealed a 6-centimeter mass in his left lung. His mother had a cervical tumor that was thought to be benign at the time of delivery; she died from cervical cancer two years after his birth.

"Neither mother was known to have a cervical cancer. The first patient had a negative pap smear, and the second had a cervical mass but it was thought to be benign. I don't know the obstetricians would have done anything differently based on the information they had," said Dr. Shannon Neville Westin, a gynecologic oncologist with the University of Texas MD Anderson Cancer Center.

In both cases, doctors used genetic testing to positively link the mothers' cervical cancers to the lung cancers in their sons.

"If we hadn't been able to test the tumors from the mother and the infant, you never would have known those were truly related," Westin said. "Because they determined that they were, they were able to direct therapy in a way that was very successful for the infants."

Both boys still are alive following successful cancer treatment, the Japanese researchers said. The findings were reported Jan. 7 in the New England Journal of Medicine.

Arakawa and his colleagues suggest that pregnant women with cervical cancers consider having a C-section, to avoid the risk of passing cancer to their newborn.

"Mother-to-infant transmission of tumor may be a risk of vaginal delivery among women with cervical cancers," Arakawa said. "Cesarean section should be recommended for mothers with uterine cervical cancer."

Westin and Saslow both disagree, arguing that too little is known to immediately change recommendations around this specific and rare situation.

"If we are diligent about testing more of these infants with cancer, we may be able to move forward and change practice and say every patient with cervical cancer should have a cesarean section," said Westin, an expert with the American Society of Clinical Oncology. "We just need to gather up that data to be able to change the practice."

"Only about 1% to 3% of all women with cervical cancer are pregnant or postpartum at the time of diagnosis. The incidence of cervical cancer ranges, but it's around 12,000 a year," Westin said. "You're really selecting out such a tiny group of patients to even begin with."

The American Cancer Society has more about HPV and cervical cancer.