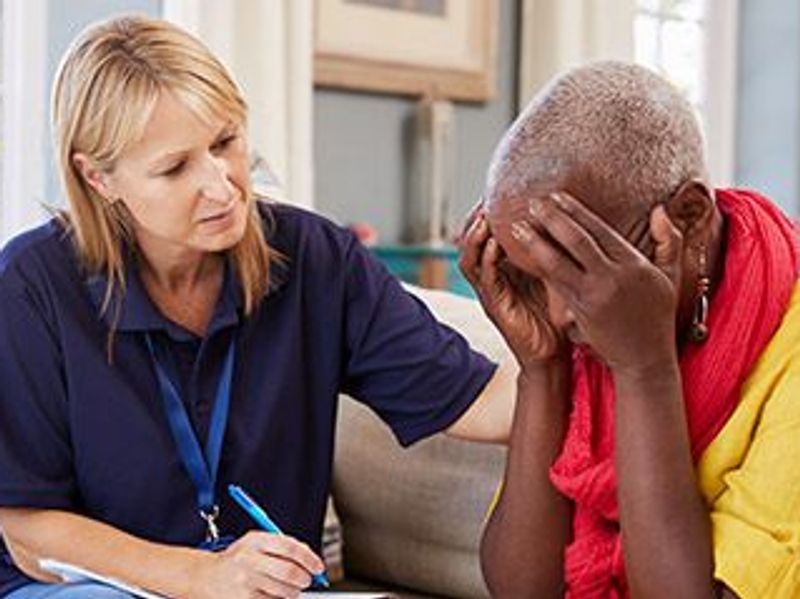 Specialist Care for Alzheimer's Is Tough to Find for Poorer, Rural Americans

Although Alzheimer's disease is a devastating diagnosis that is better delivered earlier rather than later, new research suggests poor patients living in rural areas may not have access to the specialists who could spot the first signs of memory declines.

The team from Vanderbilt University in Nashville, Tenn., led by Sayeh Nikpay, now an assistant professor at the University of Minnesota's School of Public Health, sought to determine whether Medicare beneficiaries with Alzheimer's and related dementias were receiving care from specialized geriatric providers, as well as whether there were socioeconomic differences in access to care.

"Folks with Alzheimer's disease and related dementias are in fact seeing these providers, and that's good," Nikpay said. "However, what's troubling is that there are longstanding, socioeconomic disparities and also geographic disparities in access to specialized care. And what we're seeing is those disparities still apply here in this population."

The research team used the Southern Community Cohort Study, which enrolled about 85,000 people, aged 40 to 79, in 12 southeastern states between 2002 and 2009. That data came from a predominantly low-income population.

The investigators followed 10,380 participants who had turned age 65 by 2016. Of these, 1,295 participants had at least one Medicare claim that indicated Alzheimer's disease and related disorders between 1999 and 2016.

For those who have these diseases, people with incomes above $24,999 were more likely to have seen a geriatric specialist than those with incomes below $15,000. And the odds of having at least one visit were lower for those in non-metropolitan areas, according to the study.

More than 5 million Americans aged 65 and older have Alzheimer's disease and related dementias. That could grow to 13.8 million by the middle of the century, according to the study authors.

Specialists in geriatrics are trained in how to identify people with cognitive ("thinking") decline and may be able to identify Alzheimer's and related dementias earlier in the disease process, Nikpay said.

"When we're thinking about how to improve care for these populations, we really need to think about how we increase access for these lower socioeconomic groups. How do you design a payment policy that maybe makes it easier for them to access care," Nikpay said.

Though the researchers don't address this in the study, it opens up a broader set of questions, she said. Is it transportation that's difficult? Is it the lack of a caregiver? Is it not having the money for cost-sharing? Nikpay said she plans to do further research to determine the specific barriers.

The study was funded by the U.S. National Institutes of Health and the National Cancer Institute. The findings were published recently in the Journal of General Internal Medicine.

Nikpay thinks it would help to have qualitative interviews with families experiencing these issues to identify the barriers to access.

The findings are similar to those of an Alzheimer's Association survey published last March, noted Morgan Daven, vice president of health systems for the association. That report found that 82% of primary care physicians felt they were on the front lines of providing dementia care, but they were not confident in their care for these patients. Most had little or no residency training in dementia diagnosis.

That survey also found that 44% of physicians in large cities reported there were not enough dementia care specialists in their area to meet demand, compared to 54% in suburbs, 63% in small cities and 71% in rural areas.

"There's so much that patients and their families need in terms of good care management, care coordination, access to clinical trials, financial planning and other planning for quality of life for the patient and the family," Daven said. "These are the missed opportunities when the disease is not diagnosed in a timely way or when the physicians have inadequate training for the management of not only the disease, but the patient and the family."

Solutions include having an adequately trained and prepared dementia care workforce, Daven said.

"From a policy standpoint, we recommend scholarship and loan forgiveness programs," Daven said, noting that those have been used to increase the number of physicians in rural areas.

"The same incentives should be explored to increase the number of dementia care specialists, and then, also in terms of increasing the number of providers who can diagnose and treat Alzheimer's and other dementia, to really increase funding for education and build that capacity and expertise in primary care," he added.

The U.S. National Institute on Aging has more on Alzheimer's disease treatment.