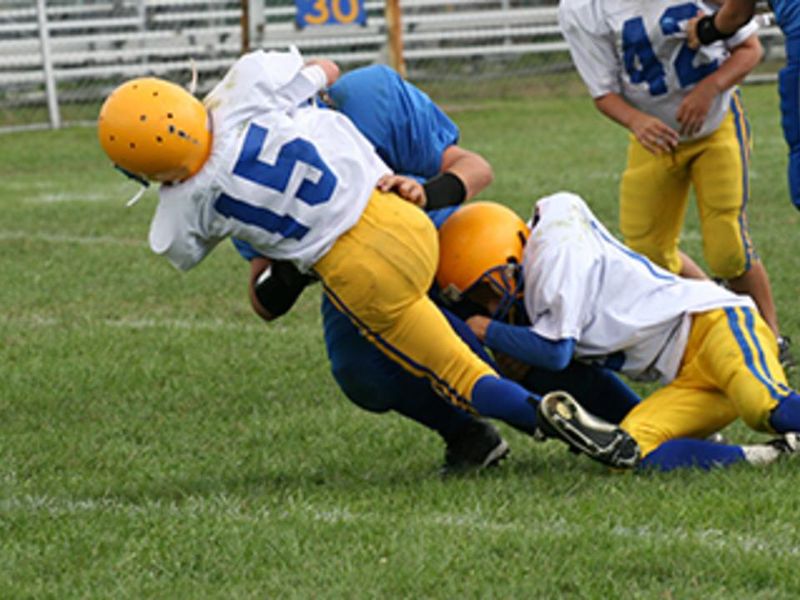 A particular brain wave may help diagnose concussions in high school football players and predict when it's safe for them to return to play, new research suggests.

Delta waves are markers of brain injury and perhaps healing. They tend to decrease with age, but researchers found increased levels of these low-frequency waves in the brains of high school football players after a concussion. Levels declined only after symptoms eased, the researchers observed.

"There's debate right now in the science literature over whether that indicates damage or if it's a healing response to the damage," said lead researcher Elizabeth Davenport, an assistant professor of radiology at University of Texas Southwestern O'Donnell Brain Institute in Dallas. "The jury's out on whether or not it's healing or just a kind of distress signal."

Concussions are a form of brain injury caused by a blow to the head or violent shaking of the head and body.

"What we're really hoping for with this is that it becomes a part of the toolkit that doctors have to diagnose concussions," she said. "Right now, they have a lot of neuropsychological testing, which especially, many high schoolers will try and fake their way out of, but this is not something that you can fake or that you can kind of fudge. The machine is going to give you the result that's there."

Participants underwent a magnetoencephalograph (MEG) scan before and after their seasons and additional scans if they were diagnosed with a concussion. MEG scans are a kind of noninvasive brain mapping.

Over the season, Davenport's team found that delta waves decreased slightly among athletes who didn't suffer concussions. After a concussion, however, delta waves increased and continued to be seen even in the postseason.

Davenport plans to do more follow-up to see if tracking delta waves after a concussion could lead to a way to determine when it's safe for an athlete to start playing again.

"We are starting that study very soon, where we are going to bring in players, hopefully, as soon as they get a concussion, get them scanned, and then sequentially scan them until their symptoms are resolved," she said.

The researchers are getting closer to a quantitative measure of concussion that will help players understand why it is or is not safe to play, Davenport said. It's hard for players to grasp that right now, she said.

"What we're hoping to do in the future is provide them with a number, something that they can see that shows them, 'OK, I need to sit out for two weeks and then this wave on my brain goes away, and I'm able to return to play safer.'"

He said the ability to diagnose and quantify concussions is important when treating patients with recent head injuries.

"Unfortunately, the variability of the definition of a concussion and lack of advanced diagnostic methods beyond the conventional ones, such as symptom inventories, standardized assessment of concussions and neuropsychological testing, makes the task above difficult at times," Ronay said.

It will take time and more and larger studies to determine if delta waves can be used to diagnose concussions and predict when the injury has healed, he said.

"It is encouraging to see studies such as this one that strives for new and innovative ways to improve upon our own clinical diagnostic capabilities," Ronay said. "Further research with larger sample sizes and analysis of cost, benefits and access to these technologies is warranted."

The findings were published recently in the journal Brain and Behavior.

The U.S. Centers for Disease Control and Prevention has more about concussion.