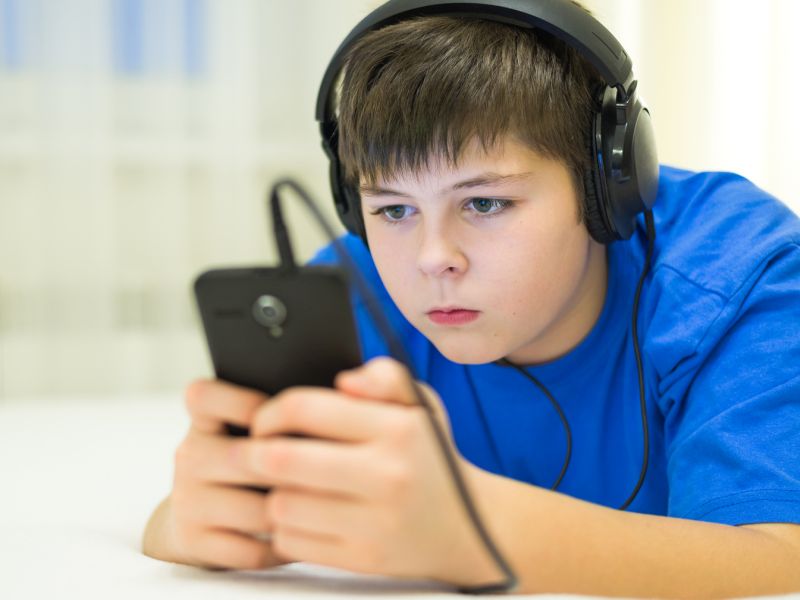 All That Screen Time Won't Hurt Your Kid's Grades - Maybe

Parents can relax a little about how much time their kids spend in front of screens, new research suggests.

A large review of the scientific evidence on the topic concluded that media time overall is not associated with the academic performance of children or teens.

But the more time kids spend watching TV or playing video games, the more likely their grades will suffer, the international team of scientists led by Mireia Adelantado-Renau, from the University Jaume I in Castellon, Spain, found.

It makes a funny sort of sense, once you take a step back and realize how pervasive TVs, smartphones and laptops have become in modern society, said Dr. Victor Fornari, vice chair of child and adolescent psychiatry at Zucker Hillside Hospital in Glen Oaks, N.Y.

"This study just clarifies for me that life in the 21st century is so vastly different than it was 50 years ago. Tasks we used to do unrelated to a screen now involve a screen," Fornari said. "Reading a book is on a tablet now, and reading a magazine in on your laptop, and playing a game is a video game, and connecting with friends means you're on social media."

This evidence should prove reassuring to parents, said Fornari, who was not involved in the review.

"If you watch more television, then you're not studying or reading," Fornari said. "We know many kids find themselves addicted to video games and are playing hours and hours a day and not devoting their time to reading a book or studying for an exam."

For this new report, Adelantado-Renau and colleagues reviewed 58 studies on screen time from 23 countries, involving more than 480,000 kids aged 4 to 18. They also combined the results of 30 studies involving 106,000 children to delve deeper into the potential effects of screen time on learning.

It turns out that it's not the total screen time that matters, but what the kid does with the screen.

The new review was published Sept. 23 in the journal JAMA Pediatrics.

In the future, researchers will need to do a better job breaking down exactly what kids are doing with their screens, said Janis Whitlock, a research scientist with the Bronfenbrenner Center for Translational Research at Cornell University in Ithaca, N.Y.

Passive screen activities appear to be more harmful to grades, as well as activities like video gaming that can prove a powerful distraction, said Whitlock, who wrote an editorial accompanying the review.

"I also suspect we're talking about a lot of TV," Whitlock added. "We're not talking about a couple of shows a night, I don't think. These are kids who are spending huge amounts of time passively watching television."

The same goes for video games. "Video games can become a really major time suck," Whitlock said. "Gamers have a really hard time stopping. You can go on for hours and hours."

Parents should monitor their kids' screen use to make sure they use the devices in beneficial ways and keep distractions to a minimum, she said.

"Don't assume your child can self-regulate," Whitlock said. "They can't. They really can't. It's a rare young person who can do that. Parents need to be aware and they need to provide pretty strong guidelines about when and where and how devices will be used, and for what."

The American Academy of Pediatrics has more about creating a family media use plan.