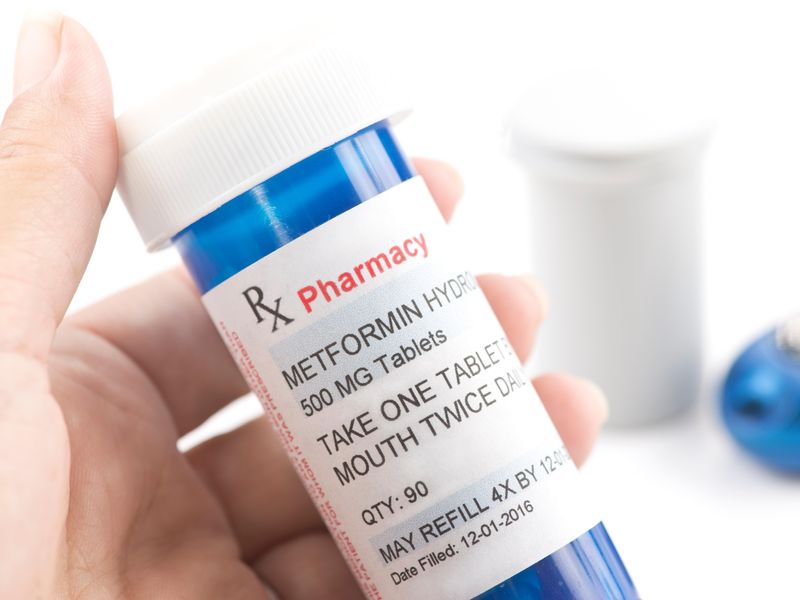 Metformin reduced the risk of death from COVID-19 by 44% in a group of diabetics who were taking the drug when they became infected with the coronavirus, according to the researchers.

Diabetics taking metformin also were 50% less likely to require ventilation as they fought off their COVID-19 infection, the findings showed.

These results line up with earlier studies and a clinical trial that have demonstrated the protective effects of metformin against COVID-19, said lead researcher Dr. Carolyn Bramante, an assistant professor of medicine at the University of Minnesota Medical School, in Minneapolis.

“All of this research is pointing to the fact that there is a role in metformin preventing SARS-CoV-2 and preventing severe COVID-19,” Bramante said.

Metformin was first discovered from French lilacs in the early 1920s, she noted.

“Some of the first published articles on metformin were in the setting of influenza and metformin preventing or being associated with less severe influenza. That was in the 1940s and ‘50s,” Bramante said.

The U.S. Food and Drug Administration approved metformin as a diabetes medication in 1994. The drug helps diabetics by reducing the liver’s ability to release blood sugar from its stores, according to Johns Hopkins.

But metformin also appears to have antiviral and anti-inflammatory effects, so in the 2010s researchers started testing it against other viruses such as Zika and hepatitis C, Bramante said.

That made metformin a natural candidate for use in COVID-19 treatment, researchers figured.

A clinical trial discovered that metformin lowers the odds of emergency department visits, hospitalizations or death due to COVID-19 in overweight or obese patients by over 40%, and over 50% if prescribed early in onset of symptoms, according to findings published in August in the New England Journal of Medicine.

“What we did see in our trial is that the earlier someone started metformin, the better it worked for preventing severe COVID-19,” said Bramante, who led the clinical trial. “So in individuals who started it in less than four days of symptoms, they had the biggest effect in preventing ER visits, hospitalization and death from COVID-19.”

However, those results were not considered conclusive because metformin failed the primary goal of the clinical trial, which was preventing people from developing life-threatening low blood oxygen levels due to their COVID.

Bramante has continued her research into metformin with this new study, which involved more than 6,600 type 2 diabetics who became infected with COVID-19.

It turned out that people taking metformin had a lower risk of death or ventilation versus those taking a class of diabetes drug called sulfonylureas, the investigators found.

“There was about a 50% reduction in mortality and the need for a breathing tube,” Bramante said. “That is similar to what we saw in the clinical trial as far as preventing need for hospitalization or death from COVID-19. And in other observational studies that have been published, it's also been around 40% to 50% reduction in those severe outcomes.”

Metformin has been shown to prevent the COVID virus from multiplying in a test tube, and Bramante thinks this antiviral action is what protects patients.

“The mechanism by which we think that metformin prevents SARS-CoV-2 from multiplying is by inhibiting a protein called MTOR that the virus uses to assemble itself before becoming a new set of viruses outside the cell,” Bramante said.

Dr. William Schaffner, medical director of the National Foundation for Infectious Diseases, thinks metformin could be useful in treating COVID-19.

Since metformin is already FDA-approved, doctors could use it off-label to help high-risk COVID patients — and Bramante thinks they should consider doing so.

“The evidence is definitely there to justify a prescriber's decision to use it. That would not be in question, in my opinion,” Bramante said. “We have a few more papers coming out from the clinical trial," she noted, adding it will be important for guidelines committees to synthesize the available evidence and consider whether or not they will add metformin to treatment guidelines.

If adopted, metformin would be a very safe and affordable COVID treatment, Bramante said.

Metformin is approved for use in pregnant women and children, with few medication interactions, she added. Its most common side effect is gastrointestinal disturbances, and those typically go away if the dose is reduced.

The cost of immediate release metformin is less than $4 a month, Bramante said.

Schaffner would like to see more evidence, however, before the drug is used to either treat or prevent COVID-19.

“Before we make that jump — and it is a big jump, that's a large leap — I think we need confirmatory studies and some prospective trials before we start giving large populations a medication,” he said.

The study results were published online recently in the journal PLOS ONE.

Johns Hopkins has more about metformin.