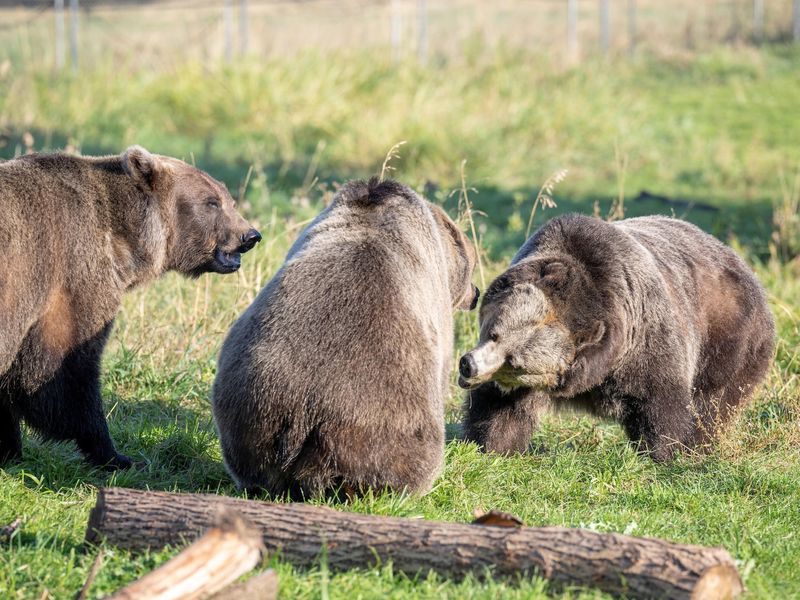 A Honey of a Study: Well-Fed Bears Give Clues to Human Diabetes

Every year, hibernating bears are able to feast, pack on a huge amount of weight and then lie around for months -- all without suffering the health consequence of diabetes. Now researchers are closer to understanding their secret.

Those eight proteins also have human counterparts -- which means the findings could eventually lead to a better understanding of diabetes in people, and possibly new medications, experts said.

Type 2 diabetes, by far the most common form of the disease, occurs when the body can no longer use the hormone insulin properly. Insulin helps move the sugars from food into body cells to be used for energy. When people have diabetes, those sugars end up accumulating in the blood.

There is a precursor to type 2 diabetes called insulin resistance, where body cells gradually lose their sensitivity to insulin and can't easily take up sugar from the bloodstream.

In humans, obesity and inactivity are major risk factors for insulin resistance and type 2 diabetes.

Then there are hibernating bears, who dedicate a large portion of their lives to overeating, packing on pounds and being almost completely sedentary.

"If you saw this in humans, it would be very medically concerning," said Blair Perry, a researcher at Washington State who worked on the study.

It turns out that bears do develop insulin resistance during hibernation. However, their blood sugar and insulin levels remain stable, and they do not progress to diabetes. And by the time spring rolls around, and bears are out and about again, their insulin sensitivity has been restored.

Understanding how, exactly, a bear's body achieves that feat could have important implications for humans, Perry said.

For the new study, he and his colleagues analyzed blood serum and fat-cell samples taken from grizzly bears housed at the university's Bear Center. Some samples were taken during active season, others during hibernation. For a two-week period during hibernation, the researchers fed the bears honey water -- somewhat disrupting the animals' normal routine. (Bears do actually spend some of their hibernation time awake and moving a bit, though they do not eat.)

Then, in the lab, the researchers combined different cell cultures and serum samples. They mixed, for example, fat cells from hibernation season with serum from active season, to analyze how that altered gene activity in the cells.

When the researchers put the serum from the disrupted-hibernation period onto cells taken from regularly hibernating bears, they found that those cells showed changes in gene activity similar to that of cells from active season.

That allowed the researchers to hone in on eight proteins that appear key in the switch between insulin resistance and insulin sensitivity.

The findings, published Sept. 21 in the journal iScience, lay the groundwork for future studies. The next step, Perry said, is to figure out exactly how those the proteins work their magic in the bear body.

"The more we understand about how this is working in bears," he said, "the better footing we'll have for translating this to human studies."

Eventually, Perry said, such work could lead to new medications for treating or preventing diabetes.

He also noted that research on hibernating bears could have broader implications: Despite months of couch potato-like living, bears also show no negative effects on muscle or bone mass -- another health consequence that sedentary humans face.

Dr. Emily Gallagher is an assistant professor of endocrinology, diabetes and bone disease at Mount Sinai in New York City. She was not part of the study, but reviewed the new findings.

Gallagher said that researchers do know a lot about insulin resistance in humans, but there is still much left to learn about its underlying mechanisms.

"While there are a lot of treatments for type 2 diabetes," Gallagher said, "ideally we would like to reverse the underlying cause of type 2 diabetes -- which in many people is insulin resistance."

Although bears and humans are clearly different, she said, studies like this can point to new genes and proteins involved in insulin resistance.

Like Perry, Gallagher said that researchers now need to better understand how the proteins identified in bears act on metabolism. Then they could look at whether blocking a particular protein or its actions -- or, alternatively, enhancing them -- could help reverse insulin resistance.

The U.S. Centers for Disease Control and Prevention has more on insulin resistance.