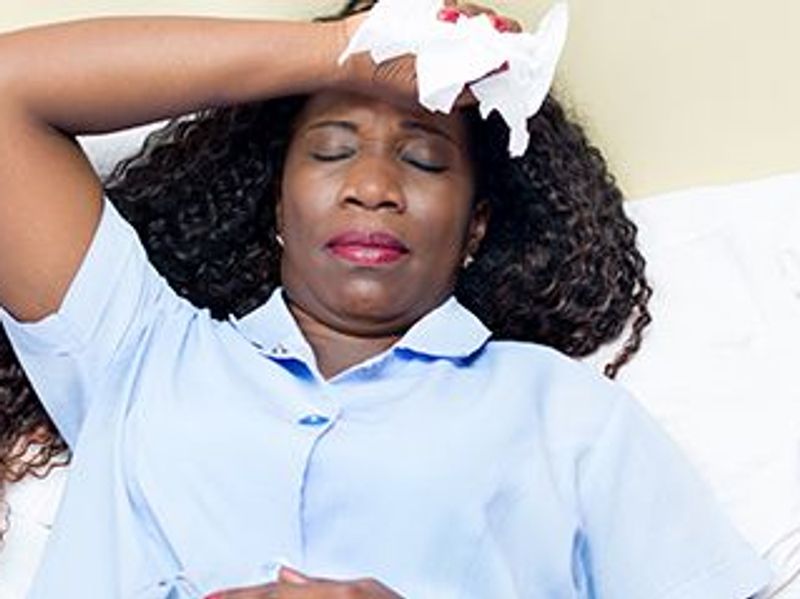 Women Get Help Later Than Men When Heart Attack Strikes

When young women land in the emergency room with chest pain, they wait longer and get less treatment than their male counterparts, a preliminary study finds.

Using a federal survey of U.S. hospitals, researchers found that younger women with chest pain were treated less urgently than men their age. That included a lower likelihood of receiving standard tests for diagnosing a heart attack.

Chest pain can have a range of causes, including minor issues like muscle strain and acid reflux.

But it's also the most common symptom of heart attack in both women and men, said study co-author Dr. Harmony Reynolds, a cardiologist at NYU Langone Health in New York City.

It's not clear why young women were treated differently for their chest pain. But implicit biases on the part of some medical professionals could be at work, Reynolds said. The old stereotype that heart attack is a "man's disease" still persists.

The study is far from the first to uncover a gender gap in heart attack treatment. Others have shown that women get fewer of the recommended medications for post-heart attack care, and face a higher risk of dying within a few years of a heart attack.

While heart attacks are more common among older adults, they do strike at younger ages, too.

A study published in February found that since 2010, heart disease deaths have been rising among U.S. women under 65. The researchers pointed to "worsening epidemics" of obesity and type 2 diabetes as likely culprits.

And over the past two decades, about one-third of women hospitalized for a heart attack were under 55, according to the American College of Cardiology (ACC).

The current study focused on ER care, using data collected from U.S. hospitals between 2014 and 2018.

It found that women were just as likely as men to arrive by ambulance, but their cases were less often judged as "emergent." On average, women waited about 11 minutes longer for care.

That might sound like a small difference, but minutes matter in heart attack treatment, Banco pointed out.

According to medical guidelines, all patients arriving in the ER with possible heart attack symptoms should receive an electrocardiogram (EKG) within 10 minutes. EKGs record the heart's electrical activity, and are the standard initial test in diagnosing a heart attack.

Banco will present the findings Saturday at the ACC's annual meeting, being held online. Studies reported at meetings are generally considered preliminary until they are published in a peer-reviewed journal.

Dr. Ileana Piña, a volunteer medical expert with the American Heart Association, was unsurprised by the findings.

"The perception that women don't get heart disease is still out there," said Piña, a clinical professor of medicine at Central Michigan University.

She said examples abound where women's symptoms are written off as stress or indigestion. That's despite the fact that heart disease is the No. 1 killer of both men and women, Piña said.

What should women do?

First, it's important to know the symptoms of heart attack, and act on them, all three doctors said.

Be aware, Reynolds said, that heart attacks often cause discomfort -- rather than crushing pain -- in the chest. And women are more likely than men to suffer certain other symptoms, including shortness of breath, nausea and pain that moves into the jaw or upper back.

When those symptoms strike, some studies have found, women often delay calling 911.

"We'll call for everyone but ourselves," Piña said.

But as the current study shows, even when women with chest pain call an ambulance, their care might not be the same as men's.

Again, all three doctors had similar advice: Ask questions. Tell the ER providers you're worried you're having a heart attack and want to know what tests have been done.

Piña recommended asking to see the cardiologist on call.

"I think we need to be a little demanding," she said.

The American Heart Association has more on women and heart disease.