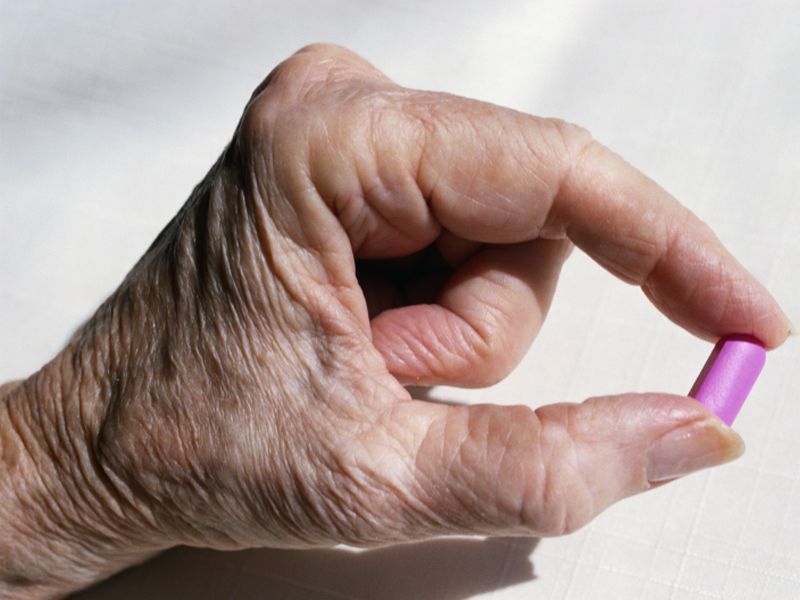 Taking calcium and vitamin D might help older adults curb the risk of a bone fracture, but vitamin D alone does not do the job, a new research review concludes.

The analysis of 28 past studies found that older adults with higher blood levels of vitamin D were less likely to suffer a broken hip or other fracture over five to 15 years.

But the picture was different in studies that actually tested the effects of using vitamin D supplements: They found no evidence that vitamin D alone reduced older adults' risk of fractures.

In contrast, trials that tested a combination of calcium and vitamin D showed modest protective effects.

"Combined treatment with both calcium and vitamin D reduced the risk of hip fracture by one-sixth, and was more beneficial than taking standard doses of vitamin D alone," said senior researcher Dr. Robert Clarke, a professor of epidemiology and public health medicine at the University of Oxford in England.

The findings, published online Dec. 20 in JAMA Network Open, are not the final word on vitamin D and fractures. Some ongoing trials are testing high-dose vitamin D in people who are at increased risk of bone breaks.

But for now, there's no proof that it works, according to Clarke.

In the United States alone, about 54 million people have low bone mass or outright osteoporosis -- the brittle-bone disease that can lead to fractures, according to the National Osteoporosis Foundation (NOF). It's estimated that after age 50, half of women and one-quarter of men will break a bone due to osteoporosis.

Calcium is critical to building and maintaining strong bones, while vitamin D helps the body absorb calcium and supports the muscle function needed to avoid falls.

But when it comes to preventing fractures in people with osteoporosis, there's only so much that supplements can do, said the NOF's Beth Kitchin. She was not involved with the study.

"The expectation that vitamin D and calcium, alone, will prevent fractures is probably unrealistic," said Kitchin, who is also an assistant professor of nutrition sciences at the University of Alabama at Birmingham.

To help preserve bone mass and keep muscles strong, people need regular exercise, according to Kitchin. Exercise that makes the body move against gravity while staying upright -- like jogging, jumping rope or dancing -- can help maintain bone density. And exercise that builds muscle strength or improves balance can help lower the risk of falls.

Avoiding smoking and excessive drinking is also critical to preventing bone loss, according to the NOF.

Once osteoporosis is diagnosed, medications -- which either slow bone breakdown or boost bone formation -- may be necessary, Kitchin said. "Fall-proofing" your home is another important step. That means getting rid of tripping hazards inside and outside the house; installing grab bars in bathrooms; and keeping stairways well lit, among other measures.

Of the studies Clarke's team analyzed, 11 were observational. They followed older adults in the "real world," tracking fracture rates anywhere from five to 15 years. Overall, the higher a person's blood levels of vitamin D were at the outset, the lower the risk of fracture.

"But that doesn't prove cause and effect," Kitchin stressed. "High vitamin D levels can be a marker of something else."

Few foods contain vitamin D, she noted. Instead, the body synthesizes it when the skin is exposed to sunlight. So people with high vitamin D levels may spend a lot of time outdoors, for example.

Overall, people given calcium and vitamin D had a 16% lower risk of hip fracture than those given placebos or no treatment. Their risk of any bone break was 6% lower.

So how do you know if you should take supplements? You could ask your doctor to measure your blood level of vitamin D, to detect any deficiency, Kitchin said. As for calcium, she added, "take a look at your diet."

If you're not eating much dairy, green vegetables and foods fortified with calcium, you might need a supplement.

The advice on vitamin D does vary, however, with some groups recommending more. According to the Institute of Medicine, the safe upper limit of vitamin D is 4,000 IU per day for most adults.

The National Osteoporosis Foundation has more on calcium and vitamin D.