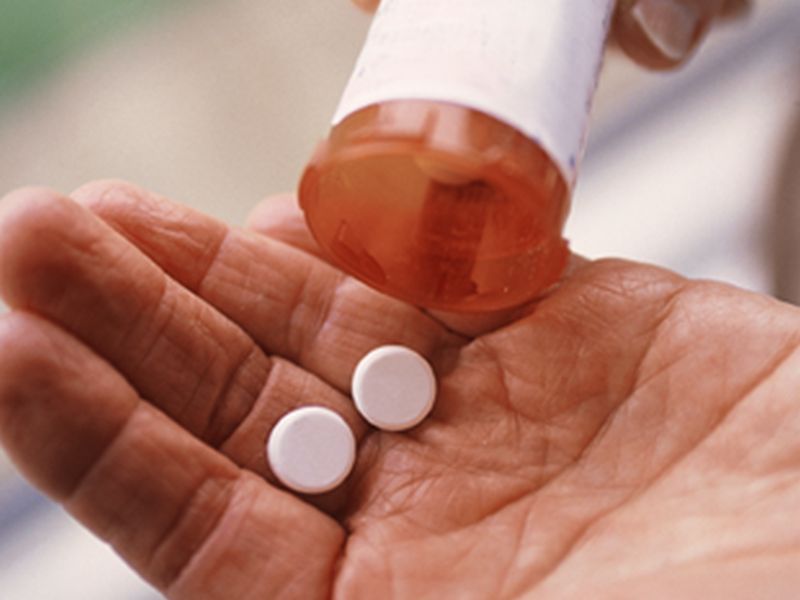 In their search for a drug to prevent Alzheimer's disease, scientists are taking a look at certain rheumatoid arthritis drugs.

But no one is suggesting these drugs be prescribed broadly to stave off Alzheimer's disease. The study results "should be merely considered hypothesis-generating," stressed study lead author Rishi Desai. He's an assistant professor of medicine at Brigham and Women's Hospital and Harvard Medical School in Boston.

Instead, Desai said his team recommends "additional studies in diverse populations to investigate this observation further."

The study looked at dementia risk among more than 22,500 older Americans who underwent treatment for rheumatoid arthritis at some point between 2007 and 2017.

In the end, only TNF drugs were found to be associated with a lower risk of developing dementia, and only among those rheumatoid arthritis patients who also had heart disease. The drugs in this class include Remicade (infliximab), Enbrel (etanercept), Humira (adalimumab) and Cimzia (certolizumab pegol).

The report was published online April 8 in JAMA Network Open.

"We've seen some links between rheumatoid arthritis biology and Alzheimer's biology, but these are complex diseases and we don't fully understand the connections," said Heather Synder, vice president of medical and scientific relations with the Alzheimer's Association. The association was not involved in the current investigation.

"While not necessarily surprising, these new findings are interesting and point to places for future researchers to look for changes in dementia risk," she added.

TNF stands for tumor necrosis factor, a protein that can trigger inflammation and give rise to immune system disorders, such as rheumatoid arthritis.

Its potential benefit in the fight to reduce dementia risk was explored as part of an initiative known as the Drug Repurposing for Effective Alzheimer's Medicines (DREAM) project.

Patients included in the current analysis were aged 65 and up. Just under 20% were being treated for rheumatoid arthritis with a JAK inhibitor, while a little more than one-quarter were receiving an IL-6 inhibitor medication. The remainder - a little over half - received a TNF inhibitor drug.

The researchers first set out to see how each of the three drug classes might broadly impact dementia risk, as compared with a fourth rheumatoid arthritis treatment option known as a T-cell activation inhibitor (abatacept). The team noted its own prior research found that this fourth approach offered no anti-dementia protection.

And this time around, the team also initially found no apparent connection between any of the three drug classes and a lower risk for Alzheimer's/dementia.

As to what might explain the link, Desai said heart disease itself increases the risk for developing dementia. But he said the precise mechanism by which TNF might lower dementia risk in some patients remains unclear.

"There is not enough evidence to suggest rheumatoid arthritis medications are an effective risk reduction treatment for any one population," she said. "However, we encourage research in this space to continue and individuals to consider participating in Alzheimer's clinical trials."