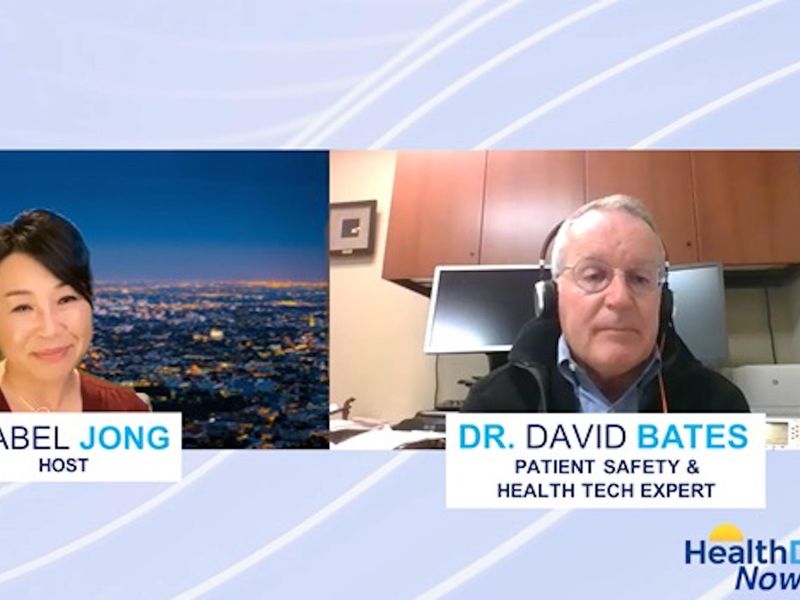 Are Health Care Apps in Your Future?

Are you managing a chronic health problem, be it obesity or diabetes or heart disease or asthma?

There's likely an app for that.

"It varies quite a lot by app, but some of the apps have been demonstrated to result in benefits," Bates said during a HealthDay Now interview. "Some of the weight loss apps really do help people lose weight. Similarly, some of the diabetes apps can help you control your [blood] sugar more effectively."

Unfortunately, it can be hard to figure out which app is best, given the baffling assortment available to the average person.

In 2020 alone, more than 90,000 new health apps became available on the Apple and Google app stores.

"There are actually several hundred thousand on the marketplace, which is just bewildering as a patient," Bates said. That means many folks with chronic illnesses aren't taking advantage of these new tools, according to a recent HealthDay/Harris Poll survey.

About 61% of people living with a chronic condition said they use some sort of health app, but only 14% said they are using an app specifically geared towards managing or tracking their specific health problem, the survey found.

One-third of people with a chronic illness said they don't bother with an app because they don't feel the need to constantly track their health, the poll results showed. And a quarter of people with chronic conditions said they're concerned about the privacy and security of medical information they share with the app. About 17% said they just can't afford health apps, and 14% said they find them too complicated.

"There's reasonably widespread use among a variety of age groups, but they're particularly popular among people who are young and tech savvy," Bates told HealthDay Now. Here's the full interview below:

Bates pointed to one recent study among people with either language barriers or little education. It found that "everybody wanted to be able to use the apps, but many people struggled with doing even simple tasks, like as a diabetic entering your blood sugar [numbers]," he said.

"The privacy issues are a real concern, and the apps are not doing as good a job as they might in terms of protecting our privacy," Bates said. "That's something we need to continue to focus on. Much of this kind of data is not that private, but some of it is."

People in the market for a health app should know that online ratings in the app stores "aren't necessarily a really good predictor of how good the app is going to be for you," Bates said.

Bates and his colleagues have suggested that an independent third party start rating health apps, so people will be able to find quality products that suit their needs.

"We need to do something to limit the amount of choice, because when you have that many options people often just can't choose. It's too hard," Bates said.

Limiting the number somewhat would be really helpful, he suggested. "For example, in England they have about 60 apps that are endorsed nationally and promoted. There's a lot of competition to get into that group, but that makes it much easier to pick which ones might be relevant for you," he explained.

With the advent of telemedicine, apps are becoming even more important, Bates added.

Patients often have to take their own vital signs and track their own health data, so they can report their findings to their doctor during a telemedicine visit.

"Typically, there's a lot more responsibility placed on the patient to manage things themselves, and an app can help you a lot," Bates said. "It can help you watch some of the various things you should be watching," like your daily blood sugar levels or your weekly exercise sessions.

Eventually, Bates believes that health professionals will start "actually prescribing apps. You'll go to your doctor and they'll recommend that you use an app. Things will be set up so that the data can come back to them, and they can see how you're doing. If you're doing well, they'll congratulate you, and if you're struggling a bit they can help you out."

But for now, he warns that there are drawbacks to some apps out there. In particular, Bates is concerned that apps aren't great at notifying people of life-threatening conditions.

"For many apps you can say your blood sugar is 10, which is life-threateningly low, and the app won't necessarily tell you that you need to do something urgently," he said. "I'd like to see the apps do a better job around warning you if there is a serious situation."

The National Council on Aging has more about managing chronic conditions.